Henry Whittaker lives an eighteenth-century rags-to-riches story, rising from a gardener’s assistant at London’s Kew Botanical Gardens to become the wealthiest man in Philadelphia, trading in quinine and other tropical or unusual plants. Men from all over the world flock to his estate, White Acres, to share species or scientific information, or offer investment opportunities.

His daughter, Alma, born in 1800, is herself a hothouse flower. Speaking five languages by a ridiculously young age, she’s brought up to help entertain the stream of dinner guests with intelligent, provocative questions, and to develop a rigorously inquiring mind. What she’s not taught is how to deal with people except from an intellectual perspective, what the purpose of emotions or desire might be, or what’s that thing called love. Nor may she venture out to learn; everything and everyone are brought to White Acres, and she’s expected to react as her parents wish. In fact, her Dutch mother, Beatrix, seems to have two messages for Alma. One: Listen while I tell you about your mistakes, which you will never repeat; and two: Kill inconvenient emotions before they multiply. 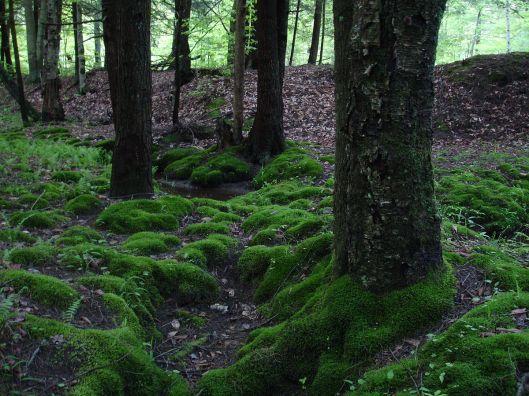 When this regime gets too much for Alma, she seeks comfort in Hanneke, Beatrix’s longtime servant, who keeps White Acres humming. But Hanneke’s cut from much the same cloth, so Alma gets no sympathy from anyone. Even when the household adopts Prudence, a girl her own age, Alma finds no company, for her half-sister is about as emotive and flexible as a porcelain plate. Not that Alma herself is psychologically supple or anything but tightly contained. But at least she struggles to understand desire, which, over time, she realizes may often be sexual.

If this description reminds you of a nineteenth-century novel (told from a more modern perspective), I believe that’s Gilbert’s plan. Her narrative and prose feel discursive and authorial, much like those of Dickens, Thackeray, or their contemporaries, though her writing style falls closer to our own sensibilities. Her theme also fits the era (and ours): What’s survival all about, and where does altruism fit in? Fittingly, Alma becomes a botanist, a brilliant woman in a field dominated by men. Gilbert splendidly captures the excitement of discovery in an era during which so many sciences began–indeed, as she informs us, the word scientist was coined. Alma makes her most significant advances in bryology, the study of mosses, and my favorite moment is when she first turns her magnifying glass on a boulder full of them:

This was a stupefying kingdom. This was the Amazon jungle as seen from the back of a harpy eagle. . . Here were rich, abundant valleys filled with tiny trees of braided mermaid hair and minuscule, tangled vines. Here were barely visible tributaries running through that jungle, and here was a miniature ocean in a depression in the center of the boulder, where all the water pooled.
Just across this ocean–which was half the size of Alma’s shawl–she found another continent of moss altogether. On this continent, everything was different.

From that moment, Anna realizes her life’s work, which fits her mission: to make sense of the world. And by the world, she means this one, having little grasp of, or patience for, talk of the next.

To my dismay, however, Gilbert takes this in directions I have little grasp of or patience for. The first third of The Signature of All Things, I mostly felt sympathy for these repressed, suffering people, even Henry, Beatrix, and Hanneke, the most rigid and controlling of the lot. But I quickly began to feel irritated with how the novel develops.

For one thing, everyone’s forever lecturing Alma on how to behave, what she’s done wrong, and to whom. Not only does she listen and adopt whatever she hears as complete truth, however baffling or painful; she immediately careens off to correct her errors. It’s as if she suddenly lost the independent mind she’s honed her entire life and given herself over to a constant string of improbable epiphanies, because of which she makes even less probable decisions.

Worse, these moments of supposed clarity lead her to reverse her appraisals of people who’ve done her harm. Her sister, Prudence, has become a holier-than-thou abolitionist who rubs her self-sacrifice in everybody’s faces, a pretty poor advertisement for a movement that needed all the help it could get. Nevertheless, after one of Hanneke’s drill-sergeant sessions, Prudence, the maudlin half-sibling who never gave Alma the time of day, somehow becomes a saint. Similarly, Ambrose Pike, a gifted plant illustrator, attracts Alma, at first. But he expects her–a convinced scientist who needs to see something to give it any credit–to accompany him in the spirit world. Is he a self-indulgent, deceptive twit? Noooo. After much trouble, Alma learns he’s a saint too.

In the end, The Signature of All Things both delighted and exhausted me. Take that for what you will.

3 thoughts on “What an Annoying Book: The Signature of All Things”