Not quite halfway through this mystery novel set in 1843, a man who makes most mortals tremble says, “Your ego surpasses your reputation. Not every New Yorker believes you’re the next Charles Dickens.”
To which comes the reply, “Your nose seems to have healed,” a reference to a tussle that defined their previous meeting.
The man who landed the punch is a youthful Walt Whitman, and the target belongs to a Tammany Hall ward heeler from Manhattan’s toughest neighborhood, so Speakers of the Dead offers the chance of a fresh, zesty tale. Throw in that Sanders has plumbed an arresting piece of social history–a controversy over medical dissection–and the novel promises even more. 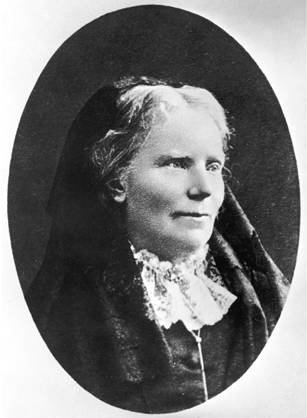 Unfortunately, however, Speakers of the Dead seldom delivers more than the novelty of a poet serving justice with pen and rough-and-tumble. The storytelling depends solely on revelations and surprises rather than what lies within the characters, which means that Sanders has to keep pulling novelties out of the hat. Well before the end, the mystery peters out, and you can often hear the literary machinery creaking between the lines.
The narrative begins as twenty-two-year-old Mr. Whitman, who’s written tons of newspaper stories and an admittedly bad temperance novel but little poetry, tries to save a woman friend from hanging for murder. But the police prevent Walt from presenting evidence, and as she dies, he vows to prove her innocence. As editor of the Aurora, a struggling newspaper, Whitman has a ready mouthpiece to raise public opinion. But powerful men quickly make their opposition known, and his life and job are threatened. The furor only grows when Whitman discovers a link between so-called resurrection men, body snatchers who sell the newly deceased to medical schools, and the murder for which his friend died. Not just that murder, either; since the resurrection men have a lucrative (and illegal) business, they’re more than capable of protecting it by creating more medical specimens.
The most interesting part is the deep-seated objection to dissection. Many people, encouraged by clerics, believed that dissection prevented the soul from reaching heaven. In the novel, their protests at medical institutions quickly turn violent, and Sanders portrays the mob scenes with frightening vividness. As I read, I couldn’t help thinking of their present-day counterparts, attacks on abortion clinics and the blood libel against Planned Parenthood, a comparison that Sanders underlines. Lurid rumors swirl about medical practitioners known to have performed the random abortion, testimony to public fear and ignorance.
Sanders takes this idea one step further, probing the notion that beauty exists in what we fear, in death as well as life. In one vivid scene, he has Whitman observe human organs preserved in jars:

The sheer enormity of the collection overwhelms Walt. He looks away, but there is no away in this room, and he has to confront these objects, and so he regards them as they are . . . and he feels pulled at by their odd beauty, their untranslatable state, and he is overcome with the sense of his own decomposition, his flung likeness, coaxed to vapor and dust, and he gives himself to the image of his impending death. . . .

Several well-known figures populate Speakers of the Dead. For instance, Elizabeth Blackwell, the first woman to receive a medical degree in the United States, represents feminist themes about male power and female suffering. Edgar Allan Poe makes a memorable cameo appearance, shouting like a madman to help his fellow poet escape capture. But except for Poe, these famous characters are flat, without edges.
Sadly, the narrative suffers the same flaw. Walt learns the apparent connection between the resurrection men and the murders rather easily, and no contrary evidence complicates his reasoning. He fingers the culprit fairly early on, and the only question is how much trouble he’ll get into before he can plead his case.

Aside from an occasional striking detail, New York drifts in and out of focus, a half-sketched landscape with or without figures. I wanted to see facial expressions, body language, scenery just beyond the immediate picture frame, all of which would have helped.
Though Whitman makes a vital, attractive protagonist, full of lust, rage, egotism, and passion for justice, like the other characters, he seems boxed in, restricted to what the narrative demands. I wish he’d been given more rein, especially to develop the theme of beauty in death. But I also wish he’d been restrained, as when he quotes a poem from Leaves of Grass; and decides, in a single paragraph, that he needs to focus on poetry rather than prose. Such self-conscious passages feel like nonfiction, unless they’ve been earned and worked toward, not simply dropped in.

Since the subtitle of Speakers of the Dead is A Walt Whitman Mystery, I gather that Sanders has others in mind. I hope he takes a different approach with them.