Review: The Gardens of Consolation, by Parisa Reza
Translated from the French by Adriana Hunter
Europa, 2016. 260 pp. $16

This lovely, short novel has no premise to speak of, and yet it tells a story that will stay with me. Sardar and Talla, two Iranian children in the 1920s, marry out of faith, in God and each other, searching for a better life. Sardar wants to move up in the world, to see what lies beyond the mountains that frame the horizon. Talla wants to own her own home and escape her brutal father. These are modest desires, but humility comes naturally; after all, God punishes pride. Nevertheless, they also want to be treated decently, with respect, because they believe that God ordains that as well. And when they don’t find that tolerance, they keep searching for it.

In other words, Sardar and Talla are the salt of the earth, and their loving portrayal in The Gardens of Consolation takes them as they are. Neither ever learns to read or write, and superstition plays a key role in their outlook. For instance, when Sardar brings his twelve-year-old bride across the desert to their first home together, he explains mirages as the work of evil creatures that lure unsuspecting travelers into deadly wastelands. Talla, frightened out of her wits, spends the long hours plodding on their donkey in constant prayer. 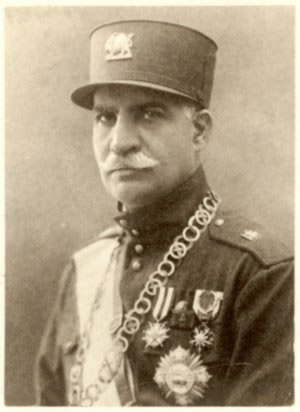 Normally, she’s talkative and he’s silent, “contemplating the world from above like a solitary eagle,” because he thinks that’s how to understand the essence of life, without the bustle and chatter that get in the way. Illiterate he may be, and words don’t come easily, but he has abiding love for his wife and a realistic wisdom that serves him well. Similarly, by choice, not law, Talla wears the chador because no one can see her eyes, to know whether she feels sadness, anger, or fear. Beneath its cover, God is more powerful than the king, and that’s where she finds comfort, removing this shield only for Sardar in the privacy of their home.

Reza’s clearly a feminist, and she’s lived in Paris since the age of seventeen, but here, she challenges her readers’ Western assumptions. Especially during the second half of The Gardens of Consolation, she carefully describes how Iranian women have little power. But, she argues, the separation that the chador offers, however physically uncomfortable, can also provide a modicum of freedom.

Sardar and Talla have a son, Baram, whom she brings to Tehran for a religious pilgrimage, the first time she sees the capital:

Women in hats, high-heeled shoes, and silk stockings; headdresses in folded fabric, turbans of satin, of twisted velvet; hats decorated with feathers or freshly picked flowers. Other women go bareheaded. And men in homburgs, and collars and ties, some even have coats with fur collars. Over there a porter carrying buckets of yogurt piled up on his head. And suddenly a donkey nonchalantly crossing in front of the bus. And also some normal people like Talla, or Sardar: women in scarves and full robes over leggings and men in worn, ill-fitting jackets, pants that are too big or too short. . . .

Baram goes to school, where he excels at his studies, at drawing, and athletics. He represents the coming elite of the new Iran–brilliant, spoiled, patriotic, and narcissistic–and cut off from his parents. Not that he doesn’t love them; he does. But as he reaches his teenage years, he falls in love with Western movie images. Thinking more of seduction than marriage, he seeks young women from a higher social class as trophies, and since he’s handsome, charismatic, and intelligent, he has no trouble attracting them. To be sure, the seduction may go no further in physical terms than a glance, flirtatious words, or stolen kisses and a grope, yet the feelings evoked are all the more intense for being strictly controlled. But what Baram does with his success, as he views it, says a great deal about Iranian life, because he’s actually a failure. And it’s that failure that interests Reza, who derives political and cultural lessons from it.

Divided into very short chapters that recount bits of Iranian life over several decades, the narrative tells more than shows, perhaps in the style of a fable. Nevertheless, Reza has paid attention to her characters’ inner lives and linked them to the story of her native country. The Gardens of Consolation would be worth reading even if it were less accomplished, because we hear so little of what Iran is like from the inside. But this novel is memorable for other reasons, and I recommend it.