Alexsi Ivanovich Smirnov, the orphan-thief protagonist of this superb, hair-raising thriller, is both feral and sympathetic. I wouldn’t have thought that possible, but, then again, if you read A Single Spy — and if you like this genre at all, I suggest you do — you’ll discover that many things are possible.

The first is that Alexsi, as a mere teenager, is more than a match for the smugglers he’s taken up with in Azerbaijan. This would be a dangerous occupation anytime, but in 1936, there are Russian soldiers on one side and rival gangs on the other, and no one can afford scruples. Still, Alexsi trusts his instincts. As a practiced thief, he has a sixth sense for when others intend to rob or sell him, and whoever tries winds up with his throat cut. However, the NKVD catches him where he shouldn’t be, and just when he thinks he’s about to get a bullet in the skull, they startle him by offering him a job. If he passes their tests — and the penalty for failure is that bullet — he’ll work for them, doing the killing, robbing and prowling he’s always done, except for the state. The rewards can be enormous, as he learns immediately:

The first thing Alexsi noticed was that, unlike every other Soviet apartment, there wasn’t anyone else living there. Which was unprecedented in his experience. There were freshly painted walls and thick blue curtains. A sofa, chairs, a table. Spare and severe furniture, in the Soviet style, but to his eyes unbelievably luxurious. A gas stove and a refrigerator instead of an ice box. He opened it up and was greeted by a gust of cool air and shelves filled with food. Milk, sour cream, butter, cheese. If they were trying to impress him, it was working.

But everything’s a test. No question his handlers ask is ever innocent, no matter how it sounds, so he must think one step ahead, always. His greatest asset is his poker face, which conceals more than they know, in particular a detestation for bullies and a soft spot for a friend’s family, his only childhood respite from a violent, abusive father.

In the abstract, it seems improbable that an NKVD agent, hired and trained to be a ruthless operative for Comrade Stalin, would possess both a human core and a healthy skepticism of the Soviet regime. Yet Alexsi, despite his savage instincts for survival, has a code that tells him not to hurt anyone who hasn’t tried to harm him. Naturally, his instructions and that code will conflict. And the complications multiply, because he can only escape the fearful, terrifying Soviet Union by accepting an assignment to Berlin. There, he eventually joins the Abwehr and becomes a double agent, reporting everything back to Moscow at the risk of his life. Caught between two fires, Alexsi must be slippery indeed to avoid the flames. “No — and furthermore” governs every moment. Not only must he please his two masters while avoiding detection, once more, no conversation is innocent, no matter with whom. He takes to heart his NKVD mentor’s advice never to reveal his true identity to anyone, for any reason — and if they guess, he must find a way to dismiss it convincingly. The tension fairly ripples off the page.

Alexsi’s vantage point allows him to make private observations, comparing the two totalitarian regimes he knows. For instance, the night of Kristallnacht, he’s studying in a university library, when he overhears someone ask nervously whether the rioting in the streets has been authorized. If it is, that means they can go see what’s happening; if not, they must stay put. Alexsi thinks, This could only happen here. 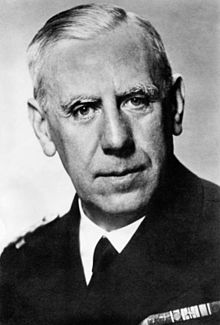 While reading A Single Spy, I thought often of Alan Furst’s Night Soldiers, another excellent thriller about the training and adventures of an NKVD agent. Christie takes a different approach, making Alexsi’s education a tutorial affair rather than at a school among inquisitive classmates, probably essential to the scheme, because it allows the spy-in-training to keep his inner self private. But the novels are similar in at least two respects. Both rely on atmosphere, and both introduce plenty of sex. Christie even has Alexsi’s training include it, in a chilling scene that I find hard to believe and suspect was included for its titillation. The only other false note is how Aleksi, as a junior agent in Berlin, manages to be told certain monumental secrets from none other than Wilhelm Canaris, the chief of the Abwehr.

But these are quibbles. Overall, A Single Spy satisfies in many ways.

1 thought on “Between Two Fires: A Single Spy”