When a young girl finds the mutilated body of a printer spreadeagled across his press, you’d think the police would take a keen interest, especially since a similar murder follows shortly. But this is London in 1841, and many forces conspire to discourage official inquiry into these horrid crimes. So Viscount Allington, an evangelical social reformer and member of Parliament, hires two private “inquirers,” men who distinguished themselves in India, Jeremiah Blake and Captain William Avery.

These two, the protagonists of Carter’s previous novel, Strangler Vine, will be lucky to survive their quest with limb and liberty intact, let alone solve the case. At first, it’s not clear whether someone in high places has forbidden any investigation, or whether the so-called new police (Sir Robert Peel’s brainchild of 1829) think they have better things to do, in particular to penetrate and destroy the Chartists, a so-called radical political movement. Consequently, the poor people inhabiting the back alleys of Drury Lane assume that the constabulary takes no heed of the murders in their midst. Justice exists only for the rich, the titled, the powerful. 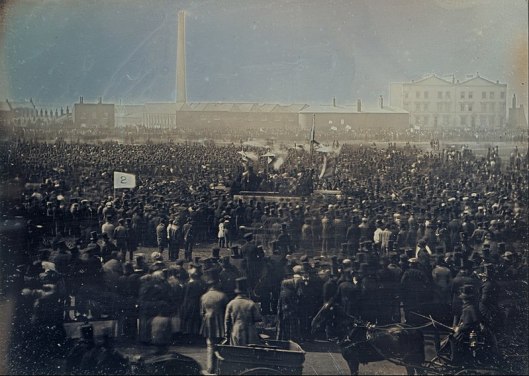 But when Blake and Avery happen on links between the Chartists, the murders, and several people who desire the case to remain closed, complexities abound. That would seem to require a delicate approach, but our two inquirers charge ahead. Blake, the Holmes of this duo, is irascible, withholding, streetwise, gifted at disguise and deceit, and utterly disdainful of titles and social distinctions. Avery, a Tory by birth and inclination, lacks his partner’s knowledge and sympathies, but he knows how to talk to people jealous of their rank, and he’s a good man with his fists in a tight spot, if all too ready to use them. The unlikely friendship between these two, which Avery seems to want more than Blake — a nice touch — supplies an excellent counterpoint to their investigation and the political forces at work. Unlike Strangler Vine, in which I felt that Carter unfairly overplayed Blake’s stubborn reticence to keep the reader guessing, here, she lets him be a somewhat more responsive partner. And when he does withhold information from Avery, it’s to allow the straightforward, honest captain to play his part in deception with greater conviction, much as Holmes did with Watson on occasion.

Carter tells her story with great skill, letting nothing come easily to her protagonists; “no; and furthermore” makes its presence felt every few pages. She also re-creates London of the “Hungry Forties” with power and vividness, which allows her to derive tension from the politics. Avery is loyal to Blake and wishes to see justice done, but his instincts lead him to consider the Chartists dangerous to peace and security merely by demanding universal male suffrage and parliamentary reforms. Even so, as the good captain literally wades through the muck and the poverty of underclass London, his long-held views become harder to sustain.

Having studied and written about that time myself, I’m fascinated by the Chartists and note with surprise and pleasure how Carter brings in several real-life figures I admire. The issues she raises, most particularly income inequality and the undue influence of wealth and power, are very topical. She’s not afraid to make her protagonists’ flaws significant and visible. But it’s not just characters, plot, or politics that make The Infidel Stain worth reading. Another attraction is the prose, which depicts both a scene and a state of mind. Here’s Avery, recently returned from India, not yet used to England or its biggest city:

Five years before, I had left England a country traversed by horse and carriage; I had returned to find it in thrall to steam and iron.

I had stepped into the green-and-gold carriage, sat on the wooden pews of second class and watched the air filled with steam, as if we were traveling on a bed of cloud. I had felt the rush of speed and watched the curious effect of the countryside melting into a blur of green as it rushed past the window, or rather as we rushed past it. And, of course, there was the noise: the clank and wheeze of the wheels on the rail, the asthmatic puff of the engine, and those sudden unholy screeches — the wheels breaking, or the air forcing its way through the whistle. We had reached the extraordinary speed of thirty miles an hour. It was remarkable, exhilarating, unsettling — not unlike London itself.

When I tell you that this fine section appears on the first page of the first chapter, but that it doesn’t begin the book, you know what I’m going to say: Why did Carter need to write a prologue? But read The Infidel Stain anyway.