On Sarah Grimké’s eleventh birthday in 1803, her mother, Mary, “promotes” her from the nursery to a bedroom, a welcome, long-awaited change. Sarah’s tangible birthday gift displeases her immensely, however — a slave girl named Hetty, a.k.a. Handful, slightly younger than herself, to be her maid. Sarah’s oldest memory, from age four, which still terrifies her, is of watching one slave whip another on her mother’s orders. The brutality and injustice, driven home by Mary Grimké’s obdurate character — she’s a nasty piece of work — mold young Sarah into an abolitionist. That’s quite a turn for the daughter of a planter aristocrat judge in Charleston, South Carolina, and when Mary calls her “different,” it’s not a compliment. 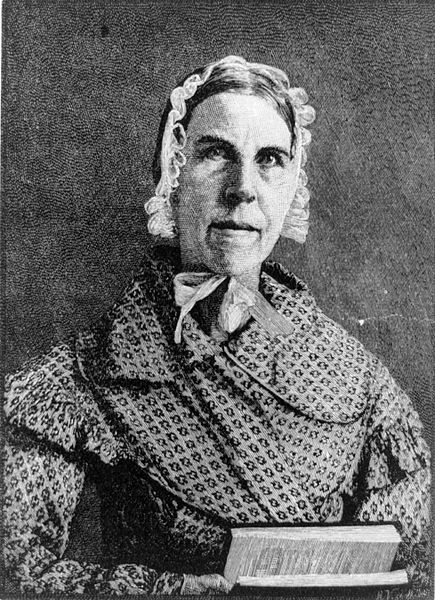 Sarah has no friends or confidantes, and her only allies in her family prove treacherous. Given her longings and principles, she turns to Handful, attempting to free her, sharing secrets and teaching her to read and write (against the law, of course). Handful, however, remains largely unimpressed, seeing her unwilling mistress as a representative of the system.

The Invention of Wings is a superbly imaginative, engrossing novel that occupies difficult terrain, and I applaud the author’s effort and intentions and much of the execution. Still, I wonder about the portrayal of the key relationship, which throws the novel off its footing. From her life as a slave and her own social isolation, Handful would likely recognize the loneliness in the plain, socially awkward Sarah, who struggles with a stammer, and who’s crushed whenever she objects, protests, or simply expresses her individual viewpoint. To be sure, Sarah would never be whipped, may read and write without fear of punishment, eat whatever she wants, need not labor, and at least may protest openly, for what little good it does.

All the same, I think Handful would have come across more completely had she wrestled with two opposing instincts: to go further toward accepting Sarah’s friendship in the spirit it’s offered, warily, while also resenting her like hell. Kidd takes pains to show how Handful’s mother, Charlotte, instills in her the urge to resist, so we’re meant to think her rebellion is earned. Yet her attitudes seem so fully formed and coherent, I kept thinking she anticipates 1960s radicals by a century and a half. Is that implausible? I’m not sure. The Grimké sisters, Sarah and Angelina (Nina), were famous radicals of their day, pamphleteers and lecturers for abolition and feminism. Unlike the vast majority of abolitionists, Sarah campaigned not just for ending slavery but for racial equality. So why can’t Handful offer a counterpart?

Maybe it’s because the voices don’t feel quite right. Like Handful’s what-have-you-done-for-me-lately, Sarah’s righteousness rings hollow after a while. I want her to put two and two together and realize, at least dimly, that her financial and social privilege derives entirely from a system she detests, and that when she dresses up to go to a ball, what she’s wearing on her back has come from beatings, repression, and the cruelest kind of exploitation. Otherwise, how could her hatred of slavery be so certain? I also want the two main characters to tangle over what separates them; instead, they have a few unsettling exchanges and withdraw from one another to the extent that they can.

Despite these flaws, Kidd’s narrative makes an excellent story, and The Invention of Wings re-creates the antebellum South in its mesmerizing, ugly panoply. Her prose feels effortless, never calling attention to itself, with carefully chosen, lucid images inducing a mood. Sarah sees bare tree limbs “spread open like the viscera of a parasol,” or herself betrayed as “the collared monkey dancing to his master’s accordion.” Handful pictures God as a white man, “bearing a stick like missus or going round dodging slaves the way master Grimké did, acting like he’d sired a world where they don’t exist.”

I like how Kidd takes a real-life abolitionist and feminist pioneer and shows you how she came to be. In fact, the feminist thread feels more nuanced and sure-handed to me, evolving rather than springing nearly full-blown into life. Giving the elder Grimké sister a foil in Handful is a bold move, even if their relationship wants more fleshing out, more controversy.

The Invention of Wings is a brave book; perhaps a little more bravery would have made it even better.