In 1915, war sends Lucius Krzelewski, a third-year Polish medical student, to a regimental hospital somewhere on the Polish front. But what that sounds like bears no relation to what he finds there — he’s the only doctor, aided by a single nurse and three orderlies, and they toil inside a dark, dank, freezing church whose roof has a large hole in it. They have no x-ray machine, laboratory, or hospital beds, and though they have fairly steady supplies of dressings, carbolic, morphine, and chloral, the emergency medicine is far from anything Lucius has ever heard of. In fact, he’s hardly ever touched a patient, his training having consisted of rote memory and recitations. He does possess an extraordinary internalized representation of what the human body looks like beneath the skin, and his diagnostic instincts are very sharp. Unfortunately, what matters now is how quickly and effectively he can perform amputations. 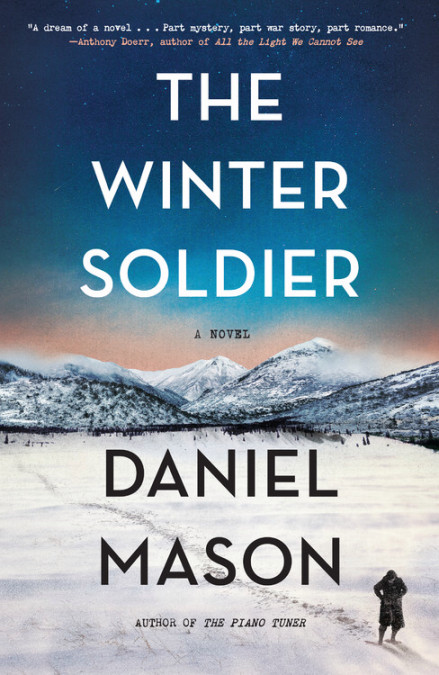 However, Sister Margarete, the nurse, is there to teach him, and he proves a quick study. Not always quick enough for her taste, to be sure — she has a sardonic way of observing formalities that tells him she knows more about his inexperience than she’s letting on. She also senses his social unease, though not its cause, a stuffy, aristocratic upbringing:

He wondered if he had grown up in another time or place — among a different, silent people, his unease would never have been noticed. But in Vienna, among the eloquent, where frivolity had been cultivated into a faith, he knew that others saw him falter. Lucius: the name, chosen by his father after the legendary kings of Rome, itself was mockery; he was anything but light. By his thirteenth birthday, so terrified by his mother’s disapproval, so increasingly uncertain of anything to say at all, his unease began to appear in a quiver of his lip, a nervous twisting of his fingers, and at last, a stutter.

Ever since then, Lucius has seldom been able to talk to anyone easily, unless it’s about medicine, for which he has that preternatural, internal feel. It is his life raft, his hope, his balm for what ails him, a malady he cannot diagnose. Yet he can talk to sister Margarete. That in itself is astonishing, for she belongs to the Order of Saint Catherine of Siena, speaks about lice in biblical phrases, and has been known to withhold painkillers from patients who try to trespass certain boundaries, a mistake they don’t make twice.

Yet this formidable, utterly correct angel of mercy isn’t all she seems, any more than Lucius is, which may explain the growing, unspoken attraction between them. The jacket cover typically tells too much, so I advise against reading it, but this much I’ll say: The arrival of a soldier suffering acute shell shock provides a defining moment in the narrative.

And those hospital scenes are terrific. Mason is not only an exceptionally accomplished novelist, he teaches psychiatry. You sense that his portrayal of psychological battle trauma, terse and stripped-down as it is, is all the more authentic, without a trace of the theatrical. Likewise, his depictions of incompetence, class-consciousness, bitter ethnic rivalry, and utter disarray within the Austro-Hungarian Army ring absolutely true. There’s a brief battle scene (which, though vivid, seems a bit contrived), but Mason’s more concerned with suffering behind the lines and what people can and will do when they are pushed far enough. Only in those circumstances can Lucius see his shortcomings and capacities, which is why, despite the intense cruelty, pain, and heartache, his experience transforms him. Internal medicine, indeed.

Where The Winter Soldier troubles me is toward the beginning and the end. Once Lucius sets eyes on his so-called regimental hospital, the forward narrative pauses for forty or so pages to recount his upbringing and education. It’s interesting, mostly, beautifully written, and often darkly funny, yet I found myself saying, Oh, come on, already. Does the novel need all of this material, and must it come right there? I invite you to decide, as with the ending, not all of which seems entirely credible to me.

But The Winter Soldier is an excellent novel, an unusual tale of romance and coming of age, set against an equally unusual portrayal of war.

Disclaimer: I obtained my reading copy of this book from the publisher via Historical Novels Review, where this post first appeared in shorter, different form.