Like many young men in London in summer 1914, Felix Simpkins feels the tug to serve king and country by enlisting in the crusade against the Germans. It would be the only individual act Felix can think of, the sole rebellious gesture against his emasculating mother (and typically self-defeating), but he can’t quite bring himself to, which flattens his self-esteem even further and risks public shame. For in these mad days when the populace has become intoxicated by jingoism and xenophobia, women of patriotic temperament press white feathers, a sign of cowardice, into the hands of physically fit men not in uniform. 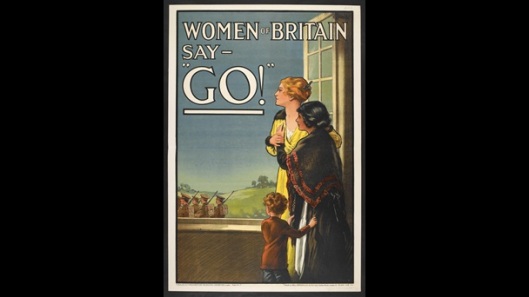 Meanwhile, Detective Chief Inspector Silas Quinn of Scotland Yard feels unsettled too, for other reasons. He’s just returned from psychological sick leave, which has further damaged his reputation among police officers of all ranks, many of whom resent him for his brilliance as a detective, his independent methods, and his insistence on truth rather than convenience. Apparently, the resentment goes right to the top, for Quinn has been relieved from command of a special crimes unit and been relegated to a pen-pushing job in which no one need pay attention to him, except to note his lapses.

Military security now requires keen focus on enemies within. Guilt no longer matters. If a crime takes place, arrest someone of German lineage, connections, or alleged sympathies. Justice will be served, and the public, placated. Naturally, this directive rubs Quinn the wrong way. And when he hears that a minister’s daughter has been killed shortly after a patriotic meeting at her father’s church — at which women collected white feathers to hand out — he itches to solve the case. But he’s forbidden to; and the men who’ve supplanted him are watching, waiting for him to step out of line.

Morris excels at characterization, historical atmosphere, the requisite “no — and furthermore,” and the craft of whodunit, with which he keeps you guessing until the end. So many scenes in his novel start out one way and shoot off unexpectedly in another, the essence of tension, because something touches a nerve in his legion of fragile people. Some readers may find these tortured souls off-putting, and I admit, the near-universal willingness to abuse others creates a bleak mood. But the rewards here are many, not least an unvarnished portrayal of police work in 1914, and a similar depiction of a great metropolis straining at its bounds. The famous English credo of decency and fair play seldom applies; that’s an ideal, existing mostly in Quinn’s mind and nowhere else. But with one notable exception, Morris lets his flawed people strive for connection, which shows their fullness and lets you feel for them.

Exhibit A here is Quinn, who’s difficult in his way, though not cruel. He’d like to unburden himself if he could, and his impulses are decent and generous, but he can’t always express them. A psychologically minded detective among colleagues for whom perception and deduction are blunt instruments, he comes across to them as cocksure, even arrogant, yet inside, he’s anything but. Whether it’s his halting overtures to a pretty police secretary or his reluctance to return to the house of a former landlady who realizes he needs care, Quinn makes an unusual male detective, vulnerable and cerebral at once.

The White Feather Killer also conveys London in war fever, whether it’s spy mania or naked anxiety about the adventure that has just begun:

The world had suddenly become a dangerous and uncertain place. A drastic shift in perspective had brought Death into the foreground; the dim figure on the horizon, drifting in and out of sight, had become an insistent, looming presence, so close its stinking, clammy breath could be felt on the back of the neck. Sons and brothers, husbands and fathers, in answering the call to the colours, had brought this dark stranger into the family.

Morris allows himself deeper, more rounded descriptions and motivations than many mystery writers, yet you never feel disconnected or impatient with the narrative. Quite the contrary; I wish more mystery writers trusted themselves (and their readers) to write like this. My only complaint centers on Coddington, Quinn’s nemesis within the police; he’s the notable exception to the generosity granted the other characters. The psychological portrait remains blurry, so I don’t know much about Coddington, except that he’s unreasonably jealous and pigheaded.