London in 1946 is a city struggling to get on its feet again, amid perennial food shortages, all-too-slow postwar reconstruction, and grief over losses. What a perfect time and place for the Right Sort Marriage Bureau, a fledgling business devoted to repopulating a bloodied world.

Iris Sparks, one of its two principals, accustomed to tight spaces and violent men, persuades her partner, (Mrs.) Gwendolyn Bainbridge, war widow, to receive martial arts training. London has mean streets, after all; men are men; and Sparks and Bainbridge have paired up on more than one amateur criminal investigation, so you never know when a well-placed karate chop may come in handy. 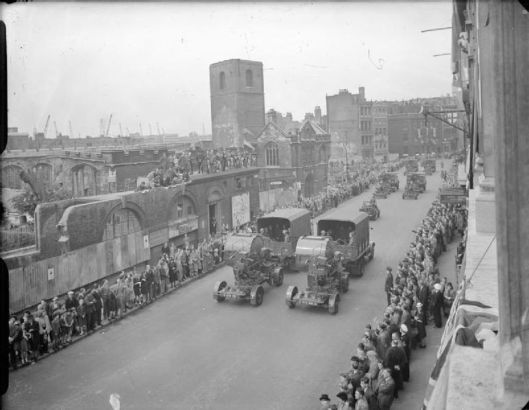 No one could provide a more deserving target than Lord Bainbridge, Gwen’s bully of a father-in law, who has just returned from Africa, where he has mining interests. Technically, Gwen’s a member of the board of directors, or should be, having inherited her late husband’s shares. But Lord Bainbridge has taken custody of that inheritance, because his son’s death sent Gwen into a psychological tailspin, and, by court order, a psychiatrist must declare her competent before she may assert control over her assets. That ruling also applies to her seven-year-old son, whom her father-in-law intends to pack off to the same brutal boarding school inflicted on the boy’s father — and Gwen can do nothing to stop this.

A Rogue’s Company takes a minute to percolate the mystery, but no worries, there. Iris and Gwen are characters you’ll enjoy, with wit and verve to spare, and present a contrast in their origins and social views. Both must negotiate their class differences, not only with each other, but their respective friends, and though I would have liked to see more uncertainty in them, questioning whether their connection will last, they’re an interesting mix. Their bond feels genuine. Ironically, neither of them is married, though they have admirers. Gwen still mourns her husband, but you get the idea that she’s in no hurry to become intimate with anybody again.

They do diverge in their toleration for danger. (Hint: Iris, who seems to have been an intelligence operative, craves it.) However, neither fears to upset convention, as when an importunate board member of Bainbridge, Limited, tries to pry into Gwen’s “absence,” the time during which she received psychological treatment. To ward him off, she replies that she went to prison. Why? he asks, astonished. She killed a man, she says. Why? “For asking too many personal questions.” To his credit, the board member laughs; so did I.

Still, you know that the menace circling the Right Sort Marriage Bureau will erupt into action. And when a man’s found dead near the Livingstone Club, where colonials go to drink and disport themselves, the game’s afoot. Before they’re done, financial shenanigans, a kidnapping, and much listening-in on conversations will take place.

The narrative doesn’t take itself too seriously — one of its charms — yet there’s content alongside the entertainment. The story delves a little into race prejudice, gender roles and expectations, and the intersection of pride and violence, treading lightly, to be sure. Sparks and Bainbridge have something to them, in other words, and aren’t merely the framework for a mystery. Montclair’s not in too much of a hurry, and I like that.

I also like the writing, willing to linger on emotional moments and offer physical description with psychological resonance. Here’s one example, as when Iris is driven past Kensington High Street, Kensington Gore, and onto Kensington Road:

Streets are like spies, she thought. They passed through where you live, changing identities according to local customs, and disappear without notice. She tried to remember what a gore was. Something topographical, vaguely triangular, but she couldn’t help imagining the neighborhood steeped in blood every time she traveled through it. She wondered if anyone else made that connection, or if it had just become another name without meaning over time.

The novel (and I) could have done without the prologue — what else is new? — and a couple loose ends affix themselves with perhaps too much ease. One or two of the nastier characters soften a tad, maybe in ways they shouldn’t. I’m also skeptical that Sparks, despite her background, can be so blasé about crime scenes; I think even the hardest-boiled detective (which she isn’t) would at least wince. But A Rogue’s Company, the third installment in the Sparks and Bainbridge series, is an engrossing, delightful book, well worth your time.