Review: Ashenden, by Elizabeth Wilhide
Simon & Schuster, 2012. 339 pp. $25
I knew this novel bore no relation to a short-story collection of the same title by Somerset Maugham, about a secret-service agent during World War I. And when I saw that the author had written interlocking stories spanning the two-and-a-half-century life of an English country home, I almost slid the book back onto the library shelf. Stories don’t a novel make. 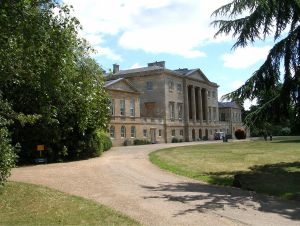 But I took a chance, and Ashenden rewarded me. Wilhide, who has written on interior decorating and architecture, has created a pretty good novel out of subtle joinery, rather like the decorative carpentry that gives the Ashenden mansion some of its interior charm. (For Austen fans, Wilhide says she based the architecture on Basildon Park, where a 2005 version of Pride and Prejudice was filmed.) I never felt the house become a character, which Wilhide was clearly trying to achieve. But Ashenden provides the setting for, and symbol of, an engrossing tale of social conflict, competition, envy, striving, and prejudice. There’s romance too, of course; I particularly liked how the historical chapters show how social class permeates everything, including the right to expect love.

Oddly, Ashenden stumbles only in the first and last chapters, the present-day narrative of two siblings who’ve inherited the place, which needs such extensive repair that they can’t afford to keep it. I don’t find this situation compelling, especially compared with the historical chapters, which put much more at stake. Worse, the present-day characters seem idealized, and they’re bound to Ashenden as an artifact. Had they understood all that had happened under its roof, they might have had more to struggle with. But by the end, only the reader can know that, which is a flaw in the novel’s construction.

That said, Ashenden has its pleasures. Though Wilhide indulges in unnecessary foreshadowings, my number-two pet peeve of the month, otherwise, she seldom explains too much, which separates her from many first novelists (and from more experienced authors who should know better). Likewise, I was rarely able to guess who’d show up from a previous chapter, or in what guise. The interlocking chapters actually interlock, as the social themes recombine in various ways. My favorites deal with the eighteenth-century architect who had the house built; a servant in the late 1880s; a boating party just before the First World War; and what happened in the house during that war.

The opening of the latter chapter shows Wilhide’s descriptive pen:

In some parts of the country near the south coast you can hear a dull murderous boom come over the Channel, an ominous blood pulse. Not here. Here a dog’s bark annoys the ordinary silence the way it has always done and will do again, a wood pigeon hidden in a beech tree utters its lilting, repetitive coo, a freshening wind shivers through the leaves and drops again to a hush.

The author also has a sharp sense of social commentary. In the present-day chapters, which portray the yuppiness of the neighborhood, a woman pushes “a red three-wheeled baby buggy the size of a small car . . . conveying its little emperor.” One heir to Ashenden, who lives in New York, thinks that England suffers “the drip, drip, drip of a small island at the fag end of its history and refusing to admit it.”

Had I judged Ashenden by its cover (which depicts the back of a young woman staring out the window of a grand house), I might have put it aside. Tsk, tsk.