When we first meet Francis Dempsey, he’s passing himself off as Sir Angus MacFarquhar and doing his best to charm society girl Anisette Bingham and her mother on the Britannic, bound for New York. It’s disconcerting for Francis to pretend to be a Scottish peer when he’s Irish, he’s never been to Scotland, and he doesn’t even know which spoon to use.

But he’s having the time of his life, remarkable since he was in an Irish prison only days before. Using his father’s funeral as a cover, the IRA sprang him and his brother Michael, a seminarian, then unwittingly provided them with a strongbox of cash when a safe house blew up. However, Michael lost both eardrums and his senses in the blast, so in Francis’s scheme, Michael becomes Sir Malcolm, his invalid brother commended to his care. But Michael, in his post-traumatic state, has a companion, the recently deceased William Butler Yeats, who seems to vanish and reappear and lecture Michael about what to do next.

Are you getting all this? Throw in that the Dempseys have another brother in New York, Martin, a jazz musician hoping to make a splash, and that the king and queen of England are visiting the World’s Fair, and — oh, by the way, it’s June 1939. 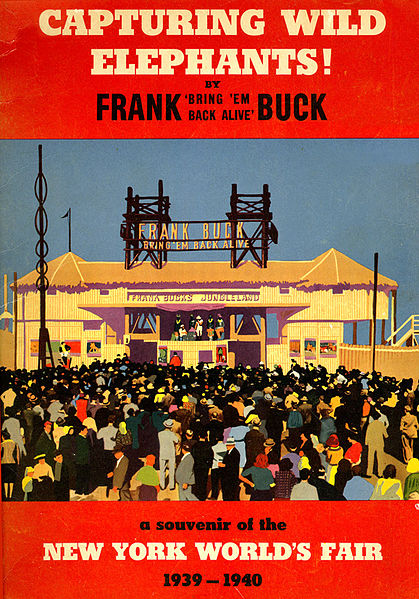 Then there are bad guys, and this is where both Francis and The World of Tomorrow get into real trouble. John Gavigan, once a big-time New York hood, has been funneling guns and cash to the IRA for years. Gavigan drags in a former IRA assassin, Tom Cronin, who knew the Dempseys in Ireland, to deal with Francis’s theft of IRA funds.

At its best, The World of Tomorrow is a hilarious romp about fulfilling dreams, the dicey nature of love, and what people have to learn to accept if they wish to be happy. It’s also a love song to the importance of family, and the Dempseys’ tortured, tangled roots make a fine narrative. I also like how Matthews portrays the jazz musician Martin and his long-suffering but devoted wife, Rosemary, the rock of the crazy family she married into.

But it’s hard balancing the deadly serious with the madcap, and though Matthews is a terrific storyteller, pushing his characters to the limit at every turn, the killers don’t fit. The violence that frees Francis and Michael and sets up their escapade feels faceless and comically absurd, like the Binghams’ fascination with the allegedly titled suitor for Anisette. (Who would name their daughter after a liqueur?) But the violence that Tom Cronin’s ordered to execute is neither funny nor absurd, and Tom’s agony over it is real and painful, for he thought he was done with that life years ago, and now he has too much to lose. Then too, unlike those of the other characters, Tom’s reflections travel in circles, as though Matthews’s conception of him runs a little thin.

Matthews means to point out how past deaths condemn the current generation to take up a struggle that shouldn’t be theirs. That’s what happens to the Dempseys, and it’s what Matthews thinks of the IRA: “Some histories you washed off quickly. Others you wallowed in like a sty.” In giving Michael the ghost of Yeats to push against, the author introduces an intellectual version of that Irish ideal, and that this Yeats is selfish, blind to family ties, and no help to Michael tells you all you need to know.

I like this generational theme, but I think Mathews could have achieved it without Cronin or Gavigan, and including them overburdens the novel. I don’t just mean the jarring difference in tone, or the less-than-full villains who drive this subplot, of which there are too many, and their attendant contrivances. The World of Tomorrow is chock-full.

Otherwise, it’s got something. One pleasure is the prose, descriptive, discursive, and rich, as you’d expect in a fizzy, vivacious story. For instance, here’s what Martin feels about his adopted city:

As much as he loved the electric charge that came from moving in a sea of bodies surging from one place to another — crossing a street in the moment the traffic signal changed, a swell of suit-and-tied men and sway-hipped women, each of them racing to get somewhere that seemed so important — there were times when he wanted to call a stop to it, to slow it all down and not be carried along anyone’s tide. This was why the early-morning hours were his favorite. Walking a nearly vacant street, with only a couple slouched against each other in the distance, steam drifting lazily from a manhole, a splash of neon thrown into a puddle, an after hours bar whose last diligent drinkers hunched over their highball glasses — this was the New York he had come seeking. The city in a country hour. A time of deserted lanes and privacy amid the millions.

The World of Tomorrow, though it plays a few jarring notes, is good music for the mind and the heart.