In summer 1546, Henry VIII’s much-abused, overindulged body begins to fail, and the London court vultures jostle for a perch from which to become regent for the next king, the boy Prince Edward. Religious conflict will likely determine who triumphs in this struggle, and those deemed heretics pay with their lives, often at the stake. In this combustible atmosphere, Queen Catherine, who’d like to be regent for her stepson, has made a potentially fatal blunder. In secret, without telling Henry, she has written a religious confession, Lamentation of a Sinner, which wouldn’t pass theological muster, and which has been stolen.

Very likely, the thief acted on behalf of a powerful lord who desires her downfall, and there are many of those. Pick your preferred form of treason: disloyalty to the throne, or heresy? Either crime could send Catherine to the block, just like two of her predecessors, whose jewels and clothes she wears. And despite Henry’s ill health, his mind’s still sharp, as are his executioners’ axes. 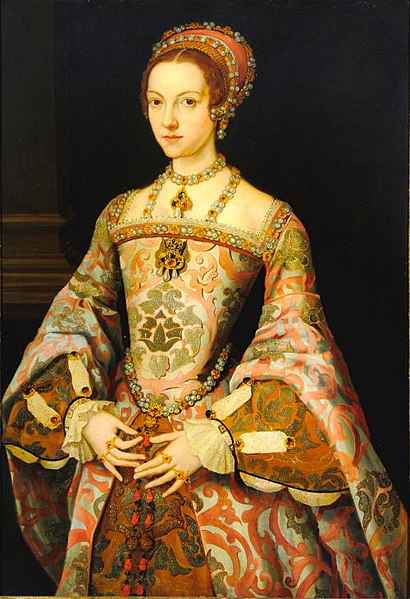 Through her uncle, Lord Parr, she summons Matthew Shardlake, a lawyer who has helped her before with his superior skills at detection and reasoning. A commoner, a hunchback, and more of a free-thinker than he reveals to any but his intimates, Matthew must exercise the greatest caution around ruthless, ambitious courtiers jealous of their prerogatives, who despise him for his looks, birth, and possible heresy.

Accusations of heresy have become an effective, if two-edged, political weapon, often based on such concepts as whether Christ’s blood and flesh appear in fact at communion or symbolically. Given the loose, abstract nature of the argument, any utterance may be (mis)construed according to the hearer’s wishes or prejudices, one way to dispose of an enemy. Further complicating Matthew’s investigation, printers known for or suspected of heretical thinking have been murdered. Did they have the queen’s manuscript? And if so, do the killers possess it now? Do they mean to publish it and destroy the queen that way, or do they have other plans?

Sansom skillfully intertwines these mysteries with the politics of the day. It takes getting used to the notion that anyone would persecute anyone else over such fine distinctions of ritual and believe themselves righteous in doing so. But before long, you understand the mindset that makes this possible, because the social attitudes in this book feel internal to the characters, not merely slipped into their mouths.

To back off this extraordinary novel a second, I’m irritated when I tell people I write historical fiction, and all they focus on is the research I must have to do, as if that were the hard, original part. What about the supreme difficulties of crafting a credible, compelling narrative, in words nobody else has used in exactly that way, and which must pull the reader in on every page? So when I hear such remarks, I’m tempted to reply that anyone can go to the library.

Well, Sansom is the library. He knows every building in sixteenth-century London: which ones stood next to it, what it looked like, who built it, with what materials, who owned it, and how they came by it. That’s just for starters; you see the lords strut, the hangers-on fawn, the supplicants grovel for a sinecure with the great. Among the common folk, you see beggars, lawyers, peddlers, merchants, artisans — you name it. Consider this paragraph describing Matthew’s visit to part of the palace at Whitehall:

He led me to a group of half a dozen richly dressed ladies playing cards at a table in a large window-bay, and we bowed to them. All were expensively made-up, their faces white with ceruse, red spots on their cheeks. All wore silken farthingales, the fronts open to show the brightly embroidered foreparts and huge detachable sleeves, richly embroidered in contrasting colors. . . . A spaniel wandered around, hoping for scraps. . . .

Such knowledge of detail, almost always wielded with impressive dexterity, conveys a dazzlingly rich portrait of Tudor London. To be sure, Sansom occasionally resorts to information dumps, and he sometimes repeats phrases or facts. But in a narrative as long as this one, with as many instances of “no — and furthermore” as I can count, all revolving around Byzantine power struggles, a reminder of who’s in whose camp doing what can be helpful. And talk about pulling the reader in on every page; Lamentation is a mesmerizing story.

The characters appeal to me less. Matthew, aside from his penchant for setting the record straight, which invariably costs his friends, has no great flaw that I can see. Most characters, though rendered in physical vividness, seem ruled by a single trait, or at most, two. But the excellent storytelling and the never-flagging sense of the physical involve you, and you’ll keep guessing the outcome until the end.