Early on in this superb, unflinching novel, its protagonist, Ann “Axie” Muldoon, learns never to trust a man who says, “Trust me.” It’s a lesson she has cause to remember many times, not least because she sees what happens to other women who fall for it.

Axie grows up in 1860s New York, in the most squalid tenement imaginable:

. . . the cabbage cooking and the piss in the vestibule, the sloppers emptied right off the stair. Mackerel heads and pigeon bones was all around rotting, and McGloon’s pig rootled below amongst the peels and oyster shells. The fumes mingled with the odors of us hundredsome souls cramped in there like matches in a box, on four floors, six rooms a floor. Do the arithmetic and you will see we didn’t have no space to cross ourselves.

But the one thing she has is her family, which consists of her mother, younger sister, and toddler brother. They’re devoted to one another, proud of their Irish origins, ready to laugh when they may, and careful not to provoke evil sprites through a misstep. But when trouble brings about the family’s dispersal, Axie discovers what real suffering is, and you just know there’ll be no magical ending. 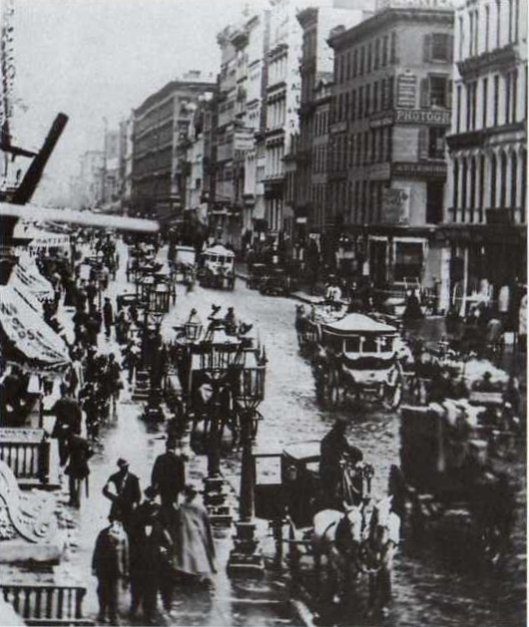 However, Axie’s not the type to give up, and she finds her feet with a married couple named Evans, both doctors, and their kind-hearted housekeeper, Mrs. Browder. At first, Axie has no idea what kind of medicine her benefactors practice and is content to learn the domestic skills that Mrs. Browder is all too happy to teach her. Gradually, however, her curiosity leads her to the Evans’s library, and to understand the medical texts she finds there, she learns to read better. I like how Manning handles Axie’s discoveries, evident to the reader long before the girl herself figures out that Mrs. Evans is a midwife and sometime abortionist. You sense right away that Axie will learn and practice these skills and that she’ll never turn away an unfortunate woman who seeks her help.

Meanwhile, though, a boy she once knew has crossed her path again–Charlie, an orphan like herself. Daring, charming, born with the gift of gab, Charlie sweet-talks her, urging Axie to trust him. That in itself is a red flag, of course, but Axie can’t always help herself. Their scenes together provide ample evidence of how even women who know better can betray their common sense. Something tells Axie that Charlie may not be a scoundrel after all, but, without giving anything away, let’s just say that he tests that hope.

If you read My Notorious Life, and I heartily recommend that you do, skip the jacket flap until you’ve finished the book. I’ve made that a habit these days, sampling just enough to get the premise, and then only if I haven’t learned it from another source. And in this case especially, I’m glad I skipped it. Scribner’s publicist did Manning a tremendous disservice, telling far too much, and, if you ask me, not always accurately.

For similar reasons, I once again have to ask why an author as talented as she, in such command of voice, character, wit, language, and sheer storytelling, should settle for a prologue and chapters that jump ahead when she could have narrated My Notorious Life in sequential order and done just fine. Most men Axie meets are ignorant hypocrites when it comes to female sexuality, and most women accept their judgments as truth, even if they should know better. So it’s no secret that if Axie persists in her newfound calling, she’ll run into trouble. I see no reason to foreshadow that.

That said, however, I can’t praise My Notorious Life enough.

It’s a truism that very accomplished people make their families miserable. Such was the curse of Margaret Sanger, to whom the world owes a huge debt, but who scarred her husband and children, and whose character made her impossible to live with or work with. Ellen Feldman has tried to render this complex, great woman in fictional form, and she mostly succeeds.

Born in 1879 to an upstate New York family of thirteen children, of whom eleven survive, young Margaret realizes early on what has ruined her mother’s dreary life and decides she’ll grow up differently. She trains to become a nurse, and, while serving a largely immigrant New York City population, she repeatedly hears the same question from distressed, beaten-down women: How can I stop having more babies I can’t feed? But birth control is illegal–it’s just before the First World War–and giving advice about it through the mail is also a crime. Nevertheless, Sanger distributes pamphlets and magazine articles, and is duly arrested. 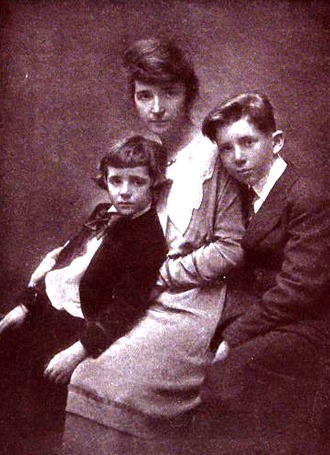 Naturally, the story doesn’t end there; it’s only the beginning. But how Sanger advances her cause, and at what cost, makes compelling reading indeed. Her husband, Bill, who suffers her many, many love affairs, is a frequent casualty. So are their two sons and daughter, who seldom see their mother, because she’s too busy to take care of them. Professing to believe neither in guilt nor regret, Sanger lets herself off the hook all too easily regarding the people close to her; her conscience seems to work only on behalf of the women desperate for her help.

If you’re thinking that this novel reads more like a biography (an assumption the jacket flap unfortunately underlines), that’s not quite accurate. Terrible Virtue packs plenty of tension, and, unlike life, there’s nothing humdrum in it. Feldman has deftly chosen what to include in her short narrative and what to omit, letting her marvelous prose do the rest. For instance, when young Margaret first climbs the hill in her upstate New York town to attend a boarding school, she sees a family of four playing croquet on a large lawn:

I knew no more children lurked in the house behind, though it looked big enough to accommodate a brood of eight or ten or a dozen. I knew it from the whiteness of their clothes, as immaculate as the conception fable the priest handed out to the parishioners at the bottom of the hill; and from the mother’s serene smiling face as she swung her arms and the sound of the mallet making contact with the ball cracked the quiet air. . . .The sight of that perfect quartet who had never scrapped for food or love or attention, who had never been humiliated before an entire class, who had never felt ashamed of anything, reached out and grabbed me like an arresting officer. And I was guilty as charged, of envy and pride and shame.

The reactions to what Sanger does lend Terrible Virtue part of its power. I particularly recall a gloating, nasty policewoman in a fox fur, who arrests Sanger at Planned Parenthood in 1916, the first birth-control clinic in the country, and takes pleasure in it. Throughout the narrative, myriad characters unwittingly expose their hatred for what Sanger represents, as if reproductive freedom stole something from them–to wit, as with the nasty policewoman, if the Brooklyn poor stopped breeding like rabbits, she could no longer hate them the same way. Terrible Virtue is therefore timely; this scene happened exactly a century ago, but when I read what many state legislatures are doing these days to women’s health clinics, I have to conclude we’ve learned absolutely nothing since.

What mars the novel, though, is Feldman’s choice of first-person voice–not that it’s a bad idea, but because she tampers with it. Sanger’s self-absorption and vanity come through loud and clear when she talks about her family, her movement, her struggles. Yet rather than let Sanger’s narrative voice tell the whole tale, the author drops in random, first-person perspectives from the people Margaret has hurt, which feel like jarring interruptions. Is Feldman afraid that readers really won’t understand that there’s another side to the story? If that’s the case, without breaking the narrative voice, she could easily have shown more of what Sanger chose to deny through scenes in which other characters object to what she’s done. I’m surprised that a fine writer like Feldman should have shown so little confidence in herself or her readers.

Terrible Virtue is worth your time.