In 1873, Claire Clairmont, the last surviving member of the Byron/Shelley literary circle from 1816, is scraping by in more ways than one. Living in genteel poverty in Florence with her niece and grandniece, Claire has little in her life besides them and treasured memories of Lord Byron, by whom she bore illegitimate daughter, Allegra. However, Allegra’s dead, having succumbed to typhus as a young child—or so Claire believes. But when Edward Trelawny, who married Mary Shelley after her poet husband died, tells Claire that her daughter may be alive after all, the news galvanizes her to action. Claire must find Allegra.

However, matters aren’t so simple. For one thing, Claire is furious that her old friend Trelawny has kept the secret for a half-century. Indeed, that is rather hard to explain, and both he and the narrative strain to do so. For another, Trelawny and Claire were lovers once, briefly, and he claims to still love her; though again, she’s dubious, considering that Mary Shelley was her half-sister, and he racked up two other wives besides.

Nevertheless, I like this premise as a potential romantic intrigue, and A Shadowed Fate might have grabbed me had the narrative focused on that as a counterpoint to the search for Allegra. We might have had the aging romantic figures conflict over past and present, with a window on what their lives have become, what they might have been, and truth versus perception. Instead, the narrative avoids the conflict between Claire and Trelawny while trying to make a mystery out of Allegra. I think that’s pretty thin material, and bringing in Byron doesn’t liven it up enough. 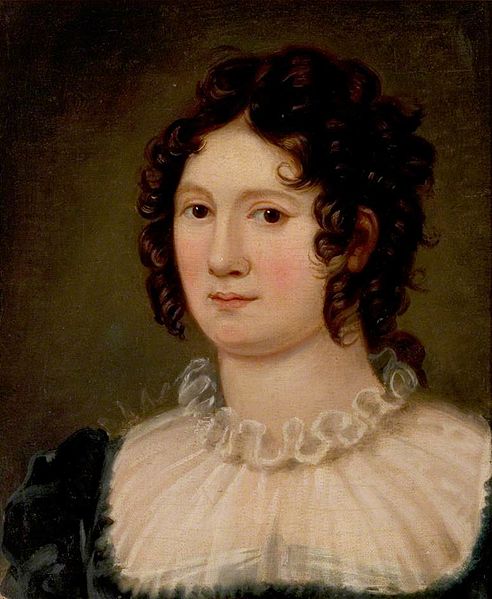 Partly, that’s because the story hinges too much on what happened fifty years or more before the novel begins, yet we never see this drama enacted. Rather, Claire reads about it in Byron’s memoirs of his attempt to aid Italian revolutionaries around the time of Allegra’s supposed death. Just as awkwardly, Allegra herself has a few paragraphs to narrate, here and there; how did that happen? Consequently, though Byron becomes the center of the story, no one interacts with him except for the people he’s writing about, only one whom still lives—and it’s not Claire. So he remains an offstage presence, and the crucial story feels distant.

Equally curious, Claire or Ambrose or both seem to have given him a pass for his despicable behavior, startling given that Byron had to be one of the most selfish, egotistical, and vindictive geniuses ever to draw breath. That wouldn’t matter if you understood why Claire still holds a candle for him; but he holds a candle for nobody, intent on burning it at both ends. Maybe that’s the trouble, evoking through a telescope a man who’s long dead, but I think there’s more to it. Compare, for instance, the portrayal here with that in The Enchantress of Numbers, Jennifer Chiaverini’s novel about his only legitimate child, the mathematician Ada Lovelace. Even though Byron appears briefly in that narrative, you see his attraction—and the horrific damage he causes.

As for the mystery in A Shadowed Fate, no plot twist ever reaches the level of “no — and furthermore.” Rather, it’s more like “maybe something will go wrong, but we don’t know.” That’s not enough to sustain any narrative, mystery or no, and when the major, climactic reversal arrives, a clichéd tableau results.

What you do get in A Shadowed Fate is a loving sketch of Italy, which Ambrose clearly knows and revels in. There are moments when you can soak in these places and wish you could see them as they were a hundred fifty years ago. But the characters intrude, and I find less to draw me, there. Much as the first fifty or so pages consist of dialogue dumping information, the characterization progresses through telling rather than showing. One significant example: I don’t see why Trelawny says that Claire was magnetic in her youth, or that he still cares for her.

I wish this novel stirred or beguiled me; unfortunately, it doesn’t.

Disclaimer: I obtained my reading copy of this book from the author’s publicist, in return for an honest review.