In December 1928, two bodies wash up in the Kentish marshes, under circumstances anything but clear. But one thing Detective Chief Inspector Henry Johnstone and Detective Sergeant Mickey Hitchens know. They recognize one of the dead as a lieutenant of Josiah Bailey, a London crime boss who inspires such terror that people think twice before uttering his name. 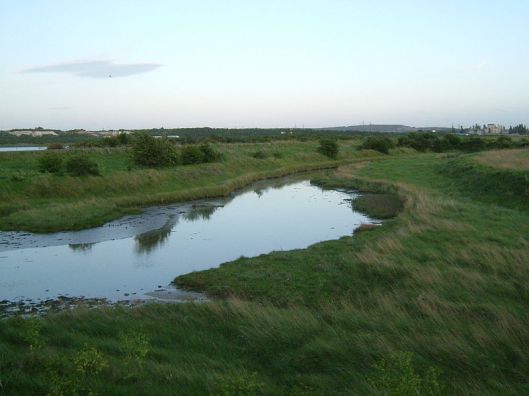 Johnstone and Hitchens also know that when Bailey gives an order, failure to comply may bring a death sentence, not only to the disobedient, but to their families. As such, the policemen must consider whether Bailey turned on his own loyalists, and why, or whether a rival gang has retaliated for an offense known only to the participants — in which case a turf war may erupt. What a terror that would be.

But to forestall that bloodbath, Hitchens and Johnstone must uncover the tangled roots of the murders, and since the key witnesses have connections to Bailey, no one will talk. Moreover, what the detectives gradually learn (but what the reader knows from the get-go) is that the case stems from a decade-old conflict that involves members of a Gypsy clan. They too are loath to speak up, because dealing with outsiders, especially officialdom, has always ended badly for them. As you might imagine, obstacles abound, the “no — and furthermore” that drives the story at a good clip.

However, this premise, though well executed, is surely not the first exploration of gang warfare in a mystery, nor is it what makes this novel worth reading. Rather, Adams focuses on her characters, starting with her two detectives, who care deeply about one another without ever saying so. They met during the Great War, so they have a bond that goes back, a tacit language. But it’s not just the shared background that makes them friends. Mickey Hitchens understands how the war still plagues Henry Johnstone, for reasons only alluded to (but which may have been explained in the first two installments of the series).

Touchingly, Mickey tries to make sure that Henry, a bachelor, bothers to eat enough and care for himself. But when his friend does something stupid in the line of duty, Hitchens doesn’t hesitate to say, “Lord, but you can be an awkward bastard when the mood takes you.” I can’t recall when I’ve run across such a pair of sleuths, or even a subordinate detective who never utters the word sir — in Britain, no less. The focus on characterization extends to the minor players, as with Henry’s sister, Cynthia; Mickey’s wife; and several witnesses, especially those who don’t belong to the mob. All receive a dash of inner life.

I also like how Adams creates a world of damaged people, about whom she refuses to moralize, and for whom luck and circumstance play a large role in whether they escape the darkness or succumb. Though Henry and his sister number among the escapees, that wasn’t a given, apparently, so he understands Bailey’s henchmen better than they realize, probably:

Childhood, Henry thought, ended all too swiftly for most children, especially the children of the poor. Henry and his sister, though his family had endured no such acute financial pressures, had also had their own childhood curtailed, in their case by a father who saw no value in creatures who could not contribute to his own wellbeing. Then the father had died and it had just been Henry and Cynthia and, all things considered, they had done well; in their case it was better to be parentless than so badly parented.

Adams’s prose reads like this throughout, clear, direct, and spare. Though I like that, sometimes her descriptions sound like laundry lists of detail, when I want evocations. The whodunit facet of the narrative consists largely of dialogue between the detectives, much of which veers into information dumps. To be fair, the two men must compare notes, yet how the author presents this exchange matters to me, and I prefer an indirect approach.

The back story, though essential and crisply told in itself, feels shoehorned in at times, including the prologue. In its defense, however, said prologue has one of the most compelling first sentences you’ll ever see, so I understand why Adams wanted to lead with it. Finally, though the ending satisfies in its realism, the solution fails to match the buildup, which leaves me wanting more.

Consequently, Kith and Kin is a novel greater than the sum of its parts. The characterizations are what command attention, and if I were to read another installment in the series, I’d do so to learn how the two detectives progress in their lives.

In this beguiling, gorgeous, yet frustrating novel, we first meet Leo Sercombe in 1912. The young teenager is on the run through the Devon countryside, bearing the wounds of a severe beating, and near faint with hunger.

The boy stumbled in the night over dark earth. The land was silver. His steps were heavy. At first light in the waters of a stream he cleaned the charred red mud off his boots, and limped on in a kind of crouch that seemed best to allay the pain that racked many parts of his body. He saw where the sun rose and headed in the opposite direction, hunched over like someone with secrets from the light.

Gypsies take him in, but he receives little kindness, and not only because he’s an outsider, what they call a gentile. They sense his weakness, his ache for friendship, and, with few exceptions, treat him cruelly because they can, even after he shows his usefulness. Leo has a way with horses, a valuable skill, and he’s curious, quick to learn, eager to please. Theirs is a hard existence, however, with little room for sentiment, and Leo’s reminded at every turn that he owes them his life and had better not try to run away. 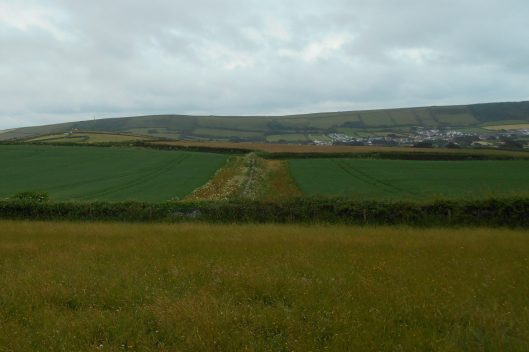 Meanwhile, Charlotte (Lottie) Prideaux has just lost her mother, and she too is rootless, without friends, though in a very different, coddled context. She’s a lord’s daughter, and her father lets her do more or less what she pleases, with one crucial exception. The narrative hints that because Leo and Lottie became too friendly, the boy and most of his family were banished from the estate, which also presumably explains the beating he took. (Since The Wanderers is the second book of a planned trilogy, these events may be more explicit in the first volume, The Horseman.) In protest, for months, Lottie refuses to say anything to her father except, “Yes, Papa,” or, “No, Papa,” and tells him he did wrong to punish the Sercombes.

With great subtlety, Pears shows that Lottie and Leo care deeply about one another, though neither spends much time thinking about it, and both outwardly pretend no connection exists. This understatement makes you want all the more for the two to find one another again. But that’s not how the real world or this novel works, and Lottie and Leo have learning to do.

They’re both empathic, lonely, see beyond surfaces, and love the natural world, about which they have an abiding curiosity. But where Lottie dissects animals to study them and borrows anatomy textbooks from the local veterinarian, Leo helps butcher animals for food and assists a ewe through a breech birth because that’s his job, for which he receives neither thanks nor payment. Pears never underlines the comparison; he doesn’t have to. You only need to watch Leo make his way, suffering physically and emotionally, whereas there’s always someone looking out for the daughter of the manor. Nevertheless, you see Leo gain knowledge that Lottie may never have. I love this juxtaposition, simple and elegant like the prose, which creates a coming-of-age story unlike any other I’ve read.

Yet The Wanderers, though superbly written with brilliant characterizations, lacks a plot to speak of, a climax, or resolution. Having recently torn apart Charles Frazier’s Varina for that failing and others, it’s only fair to ask what Pears does to overcome this deficit, and to what extent he succeeds. He does ask implied, powerful questions, and though nothing happens in the usual way of novels, everything also happens, because it all matters. Partly that’s because Pears offers a view of life on the margins that few writers attempt, but it’s not just the content. Here, the episodic chapters open the characters to the reader, and the small moments establish a constant emotional connection.

Even so, I still feel cheated at the end. I don’t want to wait for the third volume to know what happens, and I’m especially worried that the First World War, to which the novel metaphorically refers as the year 1914 approaches, will deny Leo and Lottie any chance of happiness. Leo in particular is just the type of person to be destroyed in the conflict, and one theme of The Wanderers is how people who embrace violence and dishonesty have a tremendous advantage over everyone else.

So does it matter how many questions Pears leaves hanging? Yes and no. If you’re the type of reader who prefers to have everything wrapped up, then this book may not be for you. If that uncertainty doesn’t faze you, the narrative offers a breathtaking ride.