The gasworkers’ union of Leeds, England, has walked off the job, and management has called in scabs (“blacklegs,” in British parlance) to break the strike. The union men will defend their turf with their fists, if necessary, whereas the owners have no qualms calling in the army and having the police read the Riot Act, which would allow the troops to fire on anyone refusing to disperse. That prospect appalls Detective Inspector Tom Harper, who grew up in a poor Leeds backstreet, and whose loyalties lie with the strikers. But such are the social tensions of 1890. And in a city where gas lights industries and the more affluent homes and shops, the police are there to support the rights of property, with justice often coming a distant second. 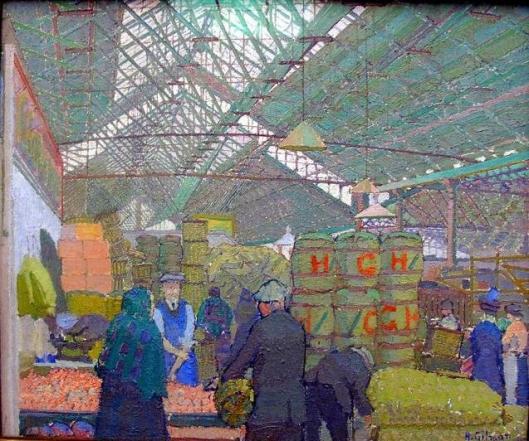 If Tom needed any further lessons in that hard truth, he has them in the case of Martha Parkinson, a nine-year-old girl who’s gone missing, and whose drunken, deadbeat father has been murdered. Desperate to find the girl alive, Tom enlists the aid of the Parkinsons’ neighbors, who’d normally look on the constabulary as enemies. But because it’s a missing child, who could have belonged to any family–and because Tom used to walk the beat in that neighborhood, where he built a reputation for honesty and fairness–the locals agree to help. But information comes in minuscule grains, and people fear even to reveal that little, which tells Tom that someone powerful is behind the crimes against the Parkinsons. Sure enough, that power causes ever-increasing mayhem, as more murders follow. But though Tom’s immediate superior sympathizes with the detective’s dedication (though not his politics), orders are orders, and Tom has to devote himself to protecting the strikebreakers when he fears that young Martha may die, if he doesn’t find her soon.

Among the many pleasures Gods of Gold offers is this strong sense of time and place. This is a short novel, and Nickson spends few words on description. Yet he shows the grit underfoot, how the poor age prematurely because of hard work or drink, the darkness that envelops their homes, or the filthy air of Leeds:

From November to March soot lingered around town in clinging, harsh palls of dark fog. It made men cough and spit black phlegm, the stink of industry the price of the town’s success. The snow was grey before it even touched the ground.

In such a place, life has sharp edges and crime its attractions, as with the man “who’d never held a real job but made his living like a magpie, stealing the shiny things he saw.” Images like that stay with me.

Nickson takes care to sketch in the background characters. Tom’s sidekick, Billy Reed, is an ex-soldier who drinks too hard–trying to forget the war in Afghanistan–and who loses his self-control, beating a witness who refuses to talk. This is the stinking guts of police work, and Nickson papers over nothing. The difficulty of apprehending a criminal, and the lack of resources that limits the police, come through loud and clear in small details, as when Tom is forever having to walk places to conduct his investigations, should the horse-drawn tram not be running, or he’s feeling too light in the purse to pay for a hackney.

On a lighter side, Tom’s engaged to marry a widow, Annabelle, who owns a tavern and a couple bakeries. She’s a businesswoman with a mind of her own, and she constantly surprises him with new ideas. When first introduced, she’s installing light bulbs in her tavern and tells Tom that electricity is the future–which is not only correct, it’s an understated comment on the strike, a suggestion that what Leeds is fighting over will soon pass, no matter which side wins. More importantly, she’s got more money than Tom does and greater financial security, a gender-role reversal that feels different from what he was taught to believe. But wise, loving soul that he is, he sees nothing wrong in it. Feminism in late Victorian England; how refreshing.

Gods of Gold promises to be the first of a series, and that’s good news. But if I had my druthers, I’d want Nickson to pay attention to a couple literary tics. His narrative sometimes repeats itself, as with “how-could-he” questions (“how could Tom prove such-and-such, if. . . .”), which I take as authorial worries that the reader won’t connect the dots. Rest easy, Mr. Nickson; your narrative speaks for itself. And though he excels at the “no–and furthermore” aspect of storytelling, fashioning the case one bit at a time, as with a mosaic, a few setbacks get resolved a mite too easily, as with the consequences of Billy Reed smacking a witness around too hard.

But I look forward to further installments of Detective Inspector Harper’s exploits.