Jahan, a twelve-year-old Indian boy, arrives in sixteenth-century Istanbul escorting a white elephant, Chota, as a gift for Sultan Suleiman the Magnificent. Since Jahan owes his arrival and new job of elephant trainer to subterfuge and the intercession of a greedy, vicious Christian corsair, the boy’s path won’t be smooth. Nevertheless, as a mixture of ambition, reckless curiosity, and blind naïveté, Jahan carves out a remarkable career in the sultan’s menagerie. He knows little about elephants per se but has a bond with Chota, having grown up with him, and parlays that into a recognized position at the palace. Chota is widely considered the most astonishing beast in the menagerie, so his trainer comes to notice. He even attracts Princess Mihrimar, the sultan’s only daughter, and the two teenagers have a flirtation, mild in itself but serious enough to get him killed — slowly — were the wrong people to find out.

That might be enough adventure for a dirt-poor lad from nowhere special, but there’s more. Jahan receives a palace education and comes to the notice of Mimar Sinan, the Chief Royal Architect, who takes him on as an apprentice, one of four he employs. Between the corsair, who expects Jahan to steal jewels for him; the princess; the rivalry among the apprentices; and the chance to design and construct beautiful buildings with Sinan, The Architect’s Apprentice has plenty of story to keep the narrative moving. Throw in court intrigue, which includes the quaint Ottoman custom in which the newly crowned sultan has his brothers strangled to secure his throne, and there’s a lot going on. 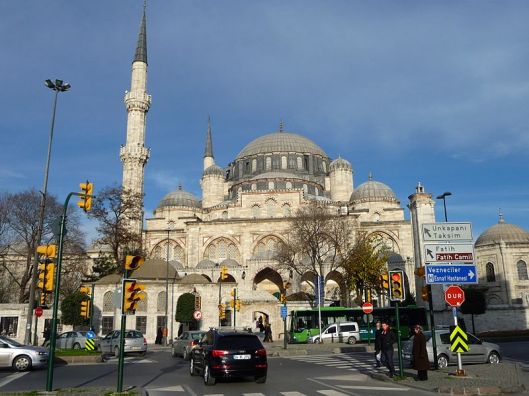 This narrative bounty, not to say superabundance, naturally cuts two ways. You get an amazingly broad picture of sixteenth-century Istanbul and an appreciation of how precarious life can be, even — especially — for the very fortunate. Shafak covers theme after theme: religious intolerance, the warfare state, architecture as a philosophy, jealousy, the meaning of love, where true happiness lies, the purpose of genius, and what humans value most. That last notion prompts me to assume that putting a white elephant at the novel’s center is intentional symbolism. Nobody sees Chota’s soul as Jahan does; in fact, they don’t know or care that the beast has one. And if you like, Jahan may even be Melville’s Captain Ahab in reverse, since Chota, his talisman, is purer than any of the greedy, back-stabbing schemers who populate the palace.

But because there’s so much narrative in The Architect’s Apprentice, it’s necessarily episodic. At times, this sweeps you away, like a magic carpet through an exotic world that no longer exists. At others, I want Jahan to grapple more deeply with his black-and-white attitudes. For him, the elephant in the room is how he idealizes those he loves and can’t or won’t see their flaws or the dangers they present to others, himself included. His loyalty is touching, but it can be stubborn too, and he seldom allows others to challenge his code.

Consequently, toward the end, when he comes to realize a few truths he’s been hiding from himself, it feels sudden, dragged in, perhaps. However, Shafak does an excellent job of pulling the disparate pieces together. The episodes lead somewhere, after all, to a conclusion worth waiting for.

The scope and subject demand rich, effortless prose, without artifice or self-consciousness, and Shafak delivers, as with this paragraph describing Jahan’s first look at Istanbul:

Jahan glimpsed partly hidden female faces behind latticed windows, ornamented birdhouses on the walls, domes that caught the last rays of sun and lots of trees — chestnut, linden, quince. Wherever he turned he saw seagulls and cats, the two animals that were given free rein. Perky and pert, the seagulls soared in circles, diving to peck at the bait in a fisherman’s bucket, or the fried liver on a street vendor’s tray, or the pie left to cool on a windowsill. Nobody seemed to mind.

The Architect’s Apprentice offers a look — rare to this reader, at least — of an unfamiliar time and place. Shafak writes with authority and conviction, and the result is a lovely novel.