In June 1913, a man dies inside the Calumet and Hecla copper mine in Calumet, Michigan, the world’s largest. The fatality is neither remarkable nor surprising, for everyone in Calumet knows and dreads the sight of the dark-suited underling sent to inform the bereaved family — and, perhaps, repossess the house they rent from the company. Further, few people liked the dead man, stern and ill-tempered, even for a copper miner hardened by years of back-breaking, life-threatening toil for little more than pennies a day.

Nevertheless, this particular death fans the flame that has been smoldering within Annie Clements for years. What follows earns her the nickname “America’s Joan of Arc.” At first, the tale carries a whiff of Hollywood feel-good, because Annie’s efforts to unionize Calumet copper miners begin with great success and fanfare, even gain national attention. Meanwhile, James MacNaughton, the mine’s general manager, is so thoroughly despicable that even an opera librettist would hesitate to put a character like him on stage. 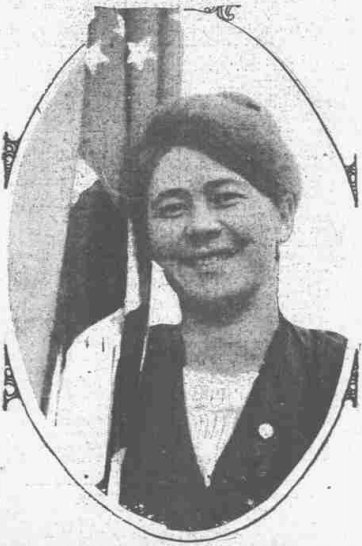 But consider the source. Russell hews closely to biographical facts in her historical fiction, as she did with Doc, for instance; here, her afterword argues that the historical record justifies MacNaughton’s portrayal. As for Annie Clements, her miracle working meets immovable obstacles soon enough. Despite sympathy from a progressive governor, a National Guard commander who mistrusts hired strikebreakers, and even the White House–an alignment of constellations perhaps unique in the American labor firmament–MacNaughton will not be moved. He’s the definition of brutality and ruthlessness, and the company owns the town.

Russell begins every chapter with a brief quotation from Romeo and Juliet, which compares this struggle to that of Montague versus Capulet. But since nobody’s reading much Shakespeare in copper country, the device feels authorial and intrusive; and the quotations announce the mood and substance of what you’re about to read, which steals a march on the storytelling.

It also contributes to the sense of earnestness that mars the novel on occasion, visible partly in the exclamation points that pepper the pages. I agree wholeheartedly with Russell’s message, especially its resonance with today’s politics. Yet, for example, an early interior narrative from MacNaughton’s point of view feels cloying, historically accurate or not; let the man’s actions speak rather than his thoughts.

Still, there’s a lot to like about The Women of the Copper Country. Russell’s fans, of whom I’m one, shouldn’t expect the lyrical prose that drove Doc, and I’m glad she didn’t employ that style here. Annie’s trials are too hard-edged for that, and Calumet’s no place to indulge fancy. What you do get, though, is Russell’s trademark description, which can only come from a writer who knows a place or person from the inside:

You clock in and climb down flight after flight of slippery cut-stone stairs before a hike through miles of tunnels — just to start the day’s work. It’s cold underground. It’s wet. It smells of rock. Beyond that dim little funnel of light from your headlamp, there’s a hellish nothing, and Christ, the noise! After a few weeks, you’re half-deaf from the pounding of the drills. So you listen hard all the time to the crunch and scrape of shoveling, the squeal of train wheels grating on rusty rails, because a few seconds can make all the difference when a wall starts to come down.

This comes from Joe Clements, Annie’s rough, hard-drinking husband, one of the minor characters who help drive the novel. Annie’s a strong person, a gifted organizer, good soul, utterly courageous and self-sacrificing, feminist without knowing the word. But she’s also a little too good to be true, I think. You can see this especially when Mother Jones, the famously profane, tireless labor advocate, makes an appearance and steals the scene; her edges contrast with Annie’s smoothness. I also like Eva Savicki, a teenager who begins the novel besotted with a boy intent on ignoring her, only to come under Annie’s spell and grow into a committed, capable activist. That transition, one of Annie’s great accomplishments, echoes another theme, the belief that by helping one person, you help the whole world.

But what stays with me most from The Women of the Copper Country is the story. It may not seem memorable right way, because, unlike just about any novel you’ll ever read, in this one, things go well for our heroes at the start. But stay with it, for it’s hard to anticipate the manner in which so many setbacks take place, and how the characters struggle to overcome them or point out the injustice they suffer. Flawed though it is, The Women of the Copper Country makes a riveting tale that forces you to think about your own life.