During the final year of the First World War, three narratives and a hell of a lot of dead bodies converge in New Orleans. The main story line belongs to Isidore (Izzy) Zeno, the best young cornet player no one’s ever heard of, who believes he has a new style of jass, as it’s then called, but can’t get gigs. To make ends meet, he aids a friend who’s a stickup artist, but the risks are far greater than the rewards, and that sort of sideline is destined to cause trouble.

Then there’s Bill Bastrop, a police detective assigned to deal with the stickups but switches to homicide detail when a friend and mentor on the force is killed one night in a setup. That, in turn, leads Bill to probe the rash of ax murders that the dead detective was investigating. However, Bill can barely hold it together, suffering from what would today be called post-traumatic stress from his wartime service. He received a hero’s acclaim, but he knows he’s a coward, and he lives with it every second. How Bill managed to be released from the army with the war still going on is a mystery itself. But suffice to say that he’s miserable, obsessed with breaking a case that will redeem him in his own eyes, for which he neglects the wife he loves.

Finally, there’s Beatrice Vizzini, a widow from an underworld family who wants to leave the “shadow business” and go straight. To that end, she’s managing the effort to build a canal that will split New Orleans in two and, the city fathers hope, restore the port to its erstwhile glory. Her sociopathic son and heir, Giorgio, may have other ideas about her business strategy, and to say he’s a loose cannon is an understatement. 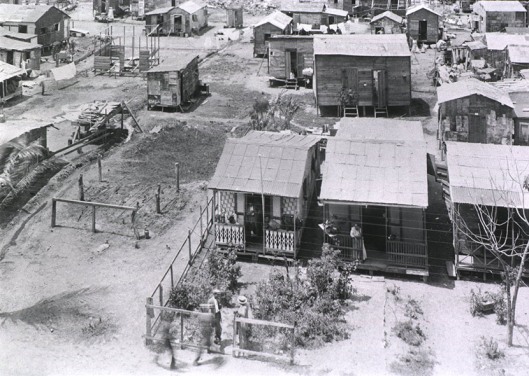 Meanwhile, with all that, influenza ravages the city, so plenty happens in King Zeno. Too much, in fact, and it burdens the novel. The three narratives coincide only toward the end, when it takes a fair amount of contrivance to make that junction. The mystery hardly qualifies as a puzzle, for the solution is pretty clear early on, though the bodies keep piling up, in the streets and at the canal excavation site. The Vizzini narrative, easily the weakest of the three because the characters are neither engaging nor sympathetic, could drop out entirely. That would also remove the tendentious, thematic passages in which Rich tries to convince you that the canal is a metaphor that links this narrative to the other two. I don’t see it.

What King Zeno does have going for it is the atmosphere of New Orleans. You get the mosquitoes, the heat, the wealth alongside poverty, the racism, sainted past that was never glorious. The vigorous prose lets you hear the music, too:

Isidore pressed the cornet to his lips and the old chemical combustion — oxygen plus metal times flesh — blew everything else out of his head. He’d heard other players describe performing as a jubilant mindlessness, a physical sensation as ecstatic as sexual euphoria, but that wasn’t quite right. He used his mind too, running through scales the way Mr. Davis at the Waifs’ Home had taught him, calculating fourths and fifths; adding crooks, slurs, and drags; scanning ahead four bars in anticipation; posing and, within milliseconds, resolving questions of harmonic density, chordal patterning, and understructure…

More importantly, the narrative conveys implicitly the crime and corruption that pervade every human interaction, the fear with which African-Americans cope constantly, and the subterfuges they must embrace. For instance, Izzy may not visit his wife, Orleania, except in secret, for she’s a live-in nanny in a white home. Even to try is dangerous, for security guards patrol the streets, looking to abuse people they consider interlopers.

Izzy’s story therefore makes gripping reading, as does Bill’s, often, but only as separate entities. As a whole, King Zeno doesn’t feel like a satisfying literary dish as much as a jambalaya of varied flavors. Some stand out, some I can do without, but they don’t go together.