In 1615, England’s golden couple, Robert and Frances Carr, face trial for murder, and the only question is whether both will swing or only one. At first glance, their predicament sounds highly improbable, given how far they have fallen and how quickly. Why, it seems only yesterday that Frances was a star at the court of King James I, celebrated for her charismatic beauty, wit, and sharp intelligence. Further, as a member of the powerful Howard family, she’s a force one does well not to dismiss. Her husband, who rose from obscurity as the orphan of a minor nobleman to become the king’s lover, trusted advisor, and a rich man, cuts an equally brilliant figure. (To read what Winston Churchill had to say about that as a historian, click here.) Not only that, he rescued Frances from an abusive marriage — not without help, of course, and therein hangs a tale.

As Robert observes, “If people know what you love most, it is a fault line they can exploit to break you.” And success breeds enemies who’d like nothing better than to bring down the blessed and seize their substance. So as the novel begins, and guards sweep the Carrs away to prison, the narrative gradually leads you to wonder who’s behind the arrests, and why. But nothing’s as it seems. Robert and Frances both love wealth and power, and her family — well, they’re venal and vicious as they come — and maybe the golden couple cut corners (or throats) on their way to the top. So who’s guilty, and what did he — or she, or they — do, exactly? You won’t find out until the very end. 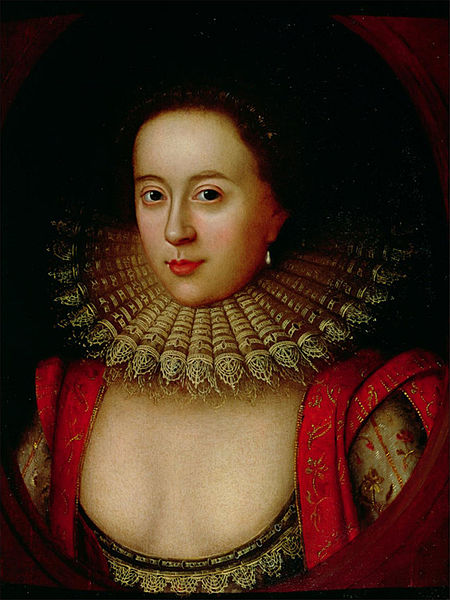 What a brilliant thriller this is, with enough thrust, counterthrust, and deception to make a Jacobean revenge tragedy. (John Webster’s Duchess of Malfi even makes a cameo appearance as a theatrical offering.) Fremantle tells her story in two directions, like halves of a sliding door that roll from opposite sides until they meet. This is exceptionally hard to bring off, and many such narratives feel forced or shoehorned simply to fulfill a literary conceit. Not here. Told in alternating chapters, titled Her and Him, with rare exceptions — all early on — the storytelling feels coherent, almost seamless, despite shifting verb tenses, from present to past, and back.

The Poison Bed succeeds, in large part, because of the prose, which puts the two main characters so vividly on the page, they’re practically sitting next to you. Take, for example, this passage from before their marriage, when Robert sees Frances for the first time in years:

In the intervening years, she’d become a woman. I watched her with [Prince] Henry, laughing about something, their heads flung back, mouths open, but she stopped suddenly, turning away from him, her gaze locking on me, as if she were a hawk and I a hare. I like to imagine it was the force of my desire that drew her attention. I had never seen such eyes, dark glossy ovals. Just a square of white in each, a reflection of the window behind me, and my own tiny form etched there. She said nothing, just smiled, displaying teeth as neat as a string of pearls.

Rest assured that Frances’s view of Robert in the same scene is equally feral. But Fremantle’s approach goes deeper. She extends such metaphors throughout the book, always taking pains to imbue emotional transitions with physical parallels, often concerning animals. During one conversation with the king, while hunting with falcons, Robert’s keenly aware that James’s bird, much larger than his kestrel, could destroy her if it wished, and there’d be nothing Robert could do. That’s the same position he’s in with his monarch. Similarly, when Frances wonders what to do regarding her husband’s anxieties, she watches a groom calming a skittish horse and gets her answer. I like that approach much more than rhetorical questions, such as, What do I do now?

But if The Poison Bed has a flaw, it’s an unfair shift in which it comes out that not all the narration may be trusted. Having called out Samantha Harvey for that in The Western Wind, I’m bound to mention it here, while trying not to reveal too much. When the change first happens, if you’re like me, you’ll resent it and feel manipulated. But if there’s a saving grace, it’s that the revelation can’t be a complete surprise, given the court atmosphere, the power games the characters have played, and the lies they tell themselves in justification — assuming they even bother. In all that falseness, some readers may be put off; after all, for whom is the reader meant to feel empathy?

Still, maybe that’s what Jacobean court life was like — and even if it wasn’t, The Poison Bed has created that world in fine, plausible detail. Despite the rude surprise, it’s one of the most gripping novels I’ve read in a long time.