Singapore, 1936. Chen Su Lin, only sixteen, nevertheless faces a crossroads. She has a certificate from the Mission School—first in her class—which, in theory, would entitle her to a good job, if she could find one. Her dream is to become a secretary, but she’s revealed that to nobody, because such positions are rare, whereas her relatives would object on principle to a woman working outside the home.

Sure enough, as the story opens, Su Lin’s uncle, a wealthy merchant with a finger in many pies, wants to marry her off, probably to some dutiful, boring minion whose sole virtue is his ability to earn a living. But Uncle Chen hasn’t reckoned on Miss Vanessa Palin, sister to the acting governor of Singapore and a presence at the Mission School, who tells him his niece is cut out for better things. However, the “better thing” Miss Nessa has in mind involves housekeeping or caring for children—being a servant—and Su Lin doesn’t want that. 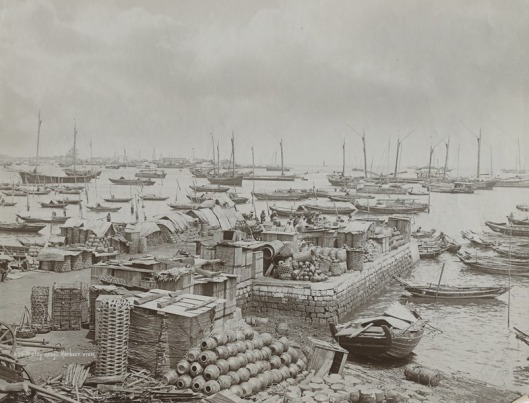 Enter Chief Inspector Thomas Francis LeFroy of the CID, who needs a housekeeper—at least, that’s what everyone tells him—a most intriguing fellow who owes much of that intrigue to a famous reserve. He signs papers taking legal responsibility for Su Lin’s employment—how that works isn’t entirely clear—but, more immediately, he has a possible crime to investigate at the acting governor’s mansion.

Charity Byrne, the eighteen-year-old Irish nanny to the governor’s developmentally delayed daughter, has fallen off a balcony to her death beneath a frangipani tree. The Palins, who apparently had mixed feelings about the beautiful, flirtatious deceased (also of a low social class) want LeFroy to rule the death an accident. But he’s not so sure, and his insistence on conducting a proper investigation involves Su Lin as unofficial eyes and ears within the mansion.

She takes over for the late Charity in caring for seventeen-year-old Deborah Palin, called Dee-Dee, who acts like a seven-year-old, with all the difficulties that implies, and who instantly takes a liking to Su Lin. But LeFroy holds his cards so close to his chest that Su Lin doesn’t always know whether “unofficial” means useless or forgotten, and Miss Nessa Palin has begun to show a side of herself the girl never saw at the Mission School. Su Lin doesn’t want to admit it, but her mentor is gradually proving herself cold and hard, perhaps even a racist.

What’s more, Su Lin, who chafed under her traditional Chinese upbringing, finds that life among ang mohs, the Europeans, has its drawbacks. At her home growing up,

Uncles and aunts invited friends, acquaintances, and potential business partners to the table, and the guests usually stayed on after dinner to repay the hospitality with stories and gossip. . . . Full of Miss Nessa’s instructions on ladylike deportment, I had despised their raucous anecdotes, especially re-enactments of confrontations they had supposedly had with ang mohs—standing up to Europeans was considered daring and reckless, considering the law was almost always on their side. Now, the reserved, well-bred silence of my British employers left me feeling isolated and lonely.

To Su Lin, Dee-Dee, despite her often irritating behavior, seems like the most authentic person in the household.

A chief charm of The Frangipani Tree Mystery is Yu’s portrayal of the racial, ethnic, and cultural conflicts of polyglot Singapore, with the Europeans running everything in hit-and-miss fashion. You see the superstitions about bad luck among the Chinese, set against the Europeans’ social snobbery, and the notions about shame and pride, strength and weakness upheld by the different groups. I particularly like how Su Lin, though proud of her heritage, shows rather too much admiration for the colonials, and how that changes over time—accurate, I think, given her education and circumstances.

The novel takes a minute to sort out Su Lin’s place in the governor’s residence, Miss Nessa’s role, LeFroy, and the crime. But if you read The Frangipani Tree Mystery, and I suggest you do, bear with this ballet despite the step or two that might seem too convenient, and you’ll be rewarded. The mystery takes yet another minute to hit its stride, chiefly because an antagonistic character seems like a stock figure, at first, only to deepen as the narrative progresses. But in the end the story satisfies.

Yu pays close attention to cultural and social markers, which inform the narrative and enrich the background. The publisher pretends that the novel portrays the world of 1936; it doesn’t. But it does explore the barriers to women, whether European or Asian, the frequent emphasis on power or money to the exclusion of empathy, and a protagonist caught between a world she admires and the one she grew up in.

Consequently, The Frangipani Tree Mystery is one of those deceptively slight novels that offers much more than the sum of its parts. I recommend it.