Some books I want to like because their themes speak to my principles, and their premises and storylines promise to teach me something. That’s why I was eager to read The Widows of Malabar Hill, but I wish I could say the novel is anything other than a disappointment.

The year is 1921, and Oxford-educated Perveen Mistry is the first female lawyer in Bombay, and one of the few in India. Since she hasn’t been admitted to the bar, a result of sexism rather than ability, she may not argue cases in court as a barrister but only take depositions and process legal papers as a solicitor. In this capacity, she serves her father’s law firm, and though Perveen wishes she could do more exciting work than read contracts and wills, she’s resigned to it — more or less. 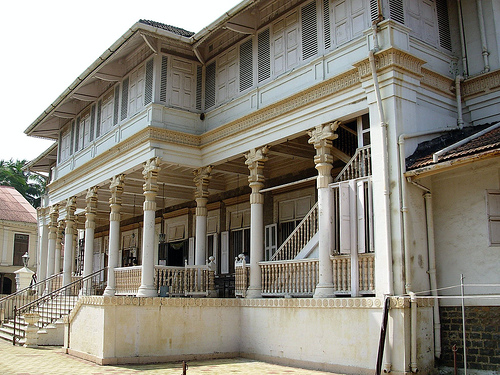 However, a well-to-do client of her father’s, a Muslim textile-mill owner, has just died, and there are issues concerning the inheritance due his three wives. It looks to Perveen as if a swindle is going on, so someone must talk to the widows. But not only are they in severe mourning, they live in purdah, or seclusion, never leaving the house and certainly not speaking to men. At best, Perveen’s father might obtain a group audience through a grille, but he could never see their faces to gauge whether they were telling the truth or speak to them alone. So Perveen goes in his stead. And what she finds is not only a swindle but conflicting interests within and without the house that will lead to murder.

What’s wrong with this? Nothing. It’s where Massey takes her premise — and how she gets it there — that’s the problem. First of all, the mystery doesn’t really start until page 70 or so, which slows the pace considerably. The rest is back story about Perveen’s romantic history. Though her past explains her intense commitment to justice for women, her parents are actually more interested in seeing her graduate law school than in finding her a husband. Consequently, there’s no push that Perveen must contest, no contrast here to justify the back story, no barrier to overcome. The two plots intersect, but barely, and had Massey dropped the romance, the mystery would have remained intact. Though Perveen’s life experience provides a different cultural context from her legal sleuthing, the theme of women struggling against sexism is already evident, so the romance adds nothing new there.

Nevertheless, Perveen’s past includes some of the most compelling scenes in the book. She’s a Parsi, a descendent of Persian Zoroastrians who emigrated to India centuries before. Massey has much to say about Parsi customs, culture, and how a (relatively) liberated young woman like Perveen chafes under a tradition that puts men firmly in charge. For instance, under Parsi law at that time, a wife could obtain a divorce on the grounds of infidelity only if her husband had consorted with another married woman, whereas visiting a prostitute was his right. To her sorrow, Perveen learns that no redress exists for virtually any form of marital abuse, unless it threatens her life.

I could have gladly read more of this painful, poignant story of a young woman’s fight to preserve her individuality and freedom against insuperable odds. But even there, I would have liked a subtler narrative technique, the lack of which undoes The Widows of Malabar Hill. Massey has a great deal of information to impart, and I’m happy to learn it, but I prefer not to have it dumped. Too often, characters explain in dialogue what should be shown or implied through action, and though the subject matter and situations are new to me, I find that the stilted, undramatic presentation stifles the story. The rhythm of the plot involves bursts of action followed by lots of talk, and the latter feels heavy after a while.

The mystery therefore suffers, as characters race to and fro, only to stop and exchange information, important parts of which are privileged, conveniently discovered, or withheld from the reader altogether until a key moment. The seemingly obligatory scene in which Perveen confronts the criminal follows two formulas so ancient they’ve grown mold. The culprit not only confesses but does so more volubly than seems plausible. It’s too much talk yet again, the weight that sinks a novel that begins with so much promise.