A young woman lies shot dead in an alley. You’ve heard that one before. But this time, it’s Hollywood, 1937, and the victim, “who’d rather live high for a few weeks than low for a lifetime,” was wearing a gown and jewelry filched from the Paramount Pictures wardrobe. 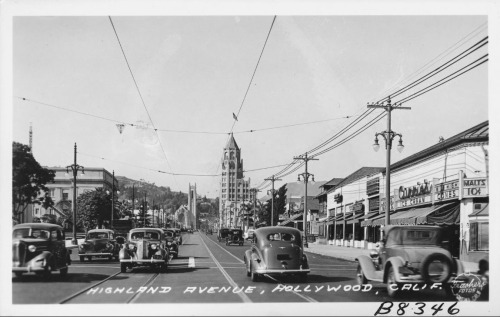 In case you’re not a walking encyclopedia of the silver screen, let me inform you that the wardrobe mistress at Paramount back then was little-known Edith Head, later to become the most famous name in film costume. But now, she’s on the verge of being fired, and if the studio were looking for evidence against her, the scandal attached to this murder could be Exhibit A.

However, Miss Head isn’t alone. Lillian Frost, a star-struck New Yorker who came West for a screen test and has settled for a job as a department store clerk, was the dead woman’s roommate for awhile. Not that she liked Ruby Carroll much–many people didn’t–but Lillian found her fascinating, and still does. Moreover, she’s missing a brooch, given her by her late mother, and suspects that Ruby stole it. So when the police pull Lillian in for questioning, causing a stir at the women’s millinery counter, she does her best to persuade Detective Morrow to let her see the jewelry her former roommate died wearing. The brooch isn’t there, but she recognizes the dress from The Return of Sophie Lang, a movie she’s seen. That leads to Paramount Pictures, and–you guessed it–Lillian convinces the good detective to let her come along for the ride.

Right away, Edith Head impresses her as a professional woman who knows exactly who she is and what she was meant for:

She wore a shirtwaist dress the color of fresh buttermilk, a pattern of pale green leaves scattered across the fabric. Her petite frame should have been overwhelmed by the print but something about her bearing balanced it perfectly. . . . Her dark hair was cut into a bob, sharp bangs in a ruler-straight line above eyes that moved past lively to ferocious. . . . As her gaze swept over me I had the sense of my measure being taken, both ruthlessly and accurately. I straightened my spine, and could have sworn the woman nodded in approval.

It’s a wonderful partnership, and Lillian revels in it, not least for the free fashion advice. But I do have two objections to this clever novel, and I’ll get them over with now. There’s no way on earth, not even the movies, that Lillian would have ready access to the apartment she once shared with Ruby after the murder. The police would have gone through the place, sealed it, and, if necessary, posted a guard. All the evidence would have been swept up, and there would have been nothing more for Lillian to do. Likewise, the police wouldn’t have tolerated her presence (never mind her interference) while investigating the case.

Nevertheless, if you can overlook these flaws, and the occasional melodrama, you’re in for a treat. To begin with, Renee Patrick (a pseudonym for a husband-and-wife team) has Hollywood down pat–the preening, the cut-throat competition thinly veiled behind toothy smiles and air kisses, the jockeying for position, the narcissistic obsession with who might be watching and whether they’ll applaud. Is a friend really a friend, or someone looking for an advantage? That’s the question Lillian must constantly ask herself. It’s part of the mystery, which, outside of the implausible procedure, is very well done, sometimes in parody of the Hollywood genre.

The capsule descriptions can be very funny: “His slicked-back hair and thin mustache aimed for sophistication but only emphasized he had the flat, pie-plate eyes of a carnival huckster.” The dialogue offers plenty of thrust and riposte, with a chuckle on many a page. The Hollywood cameo appearances include Preston Sturges, Bob Hope, and, most memorably, Barbara Stanwyck.

But Edith Head outshines them all, perceptive to nuance and conscious of detail, just as a designer would be. Besides, she makes a terrific mentor for Lillian, who’s plainly too smart to remain a store clerk forever. And even if you don’t know anything about fashion, it’s fun to watch Miss Head at work.