Emmeline Lake has always wanted to be a journalist, and since it’s 1940, and London is being bombed almost nightly, how better to do her bit than as an intrepid reporter? She already volunteers for the Auxiliary Fire Service, answering telephone calls during Luftwaffe raids. But though she enjoys the work and the camaraderie, Emmy believes she has more to her and more to give. So when she sees an ad from what she thinks is the London Evening Chronicle for an assistant, she applies right away. Her friend Marigold, known as Bunty — don’t ask why; this is England — encourages her to celebrate the start of a sparkling career in reportage. Emmy, the optimistic, hopeful sort, eats it up, and pretty soon, everybody who knows her is congratulating her on her big break into journalism. 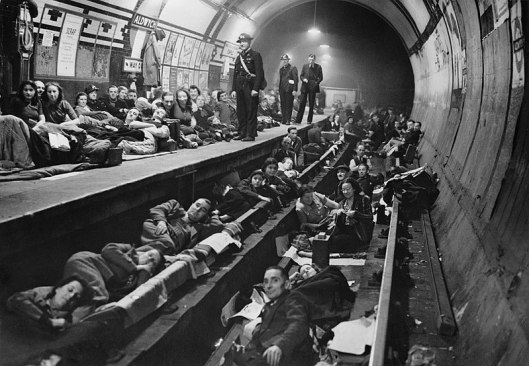 It never occurs to Emmy that, as a junior assistant, she’s more likely to find her typing skills an asset than creative get-up-and-go. Nor does the way she practically walks into the job for the asking set off any alarm bells. Rather, she makes the unhappy discovery that she’s on a different floor from the Evening Chronicle, and it might as well be the moon. Emmy has gotten herself a job as typist to the redoubtable Mrs. Henrietta Bird, the Dear Abby of Woman’s Friend magazine, though a more apt description might be Dear Queen of Hearts. Mrs. Bird doesn’t exactly say, “Off with her head!” But she does shout, and she refuses to answer, or even read, any letter that has the least bit of Unpleasantness in it. The few replies she writes suggest that her empathy, if she ever had any, was jellied in aspic sometime around 1911. There may be a war on, and women are asked to bear many burdens of which men know nothing, all while remaining completely unflappable, cheerful, and physically attractive. But Mrs. Bird knows nothing of this and would rather not hear about it.

Emmy cares, however, and knows how to respond, or thinks she does. And since her boss is often out, that leaves the chance open for mischief, or, as Emmy sees it, offering help to those in need. I’ll leave you to guess what happens.

Pearce captures a certain spirit of the time, an honest, cheery, keep-your-chin-up mood for which beleaguered Londoners enduring the Blitz became famous. Lissa Evans, for one, has written about the other side of that spectrum, those who pretended selflessness or patriotism but were really on the take. Yet there’s no doubt that young women like Emmy existed, and if part of Dear Mrs. Bird seems fanciful, it’s also irresistibly charming:

Today, London was operating under a low and dreary grey sky, the sort that looked like a giant boy had flung off his school jumper and accidentally covered up the West End. Braving the cold, I was wearing a smart blue single-breasted serge suit, my very best shoes, and a little black tilt hat that I had borrowed from Bunty. I hoped I might look both businesslike and alert. The sort of person who could sniff out a scoop and get the measure of it in a moment. The sort of person who is not feeling as if her heart might positively explode.

Humor’s the key to this novel, and I love Pearce’s touch. For instance, of the drinks cabinet in Emmy and Bunty’s flat, the women have decided that if the Germans invaded and broke in, “we would push it down the stairs at them. The full extent of the British Empire was featured in a rather confident orange and we thought that would make them quite wonderfully cross.”

But these people also know pain and hardship as their city’s being blown to bits. Dear Mrs. Bird contains touching moments when war intrudes, and it’s impossible — undesirable — to keep a stiff upper lip. In such a strained atmosphere, estrangements are sometimes inevitable, and Pearce never lets her heroine sail through life. With the bombs falling, that would be ridiculous. The ending does seem a bit contrived, but it’s also funny, and to object would be churlish. Dear Mrs. Bird is a delightful book.

2 thoughts on “Are We Downhearted?: Dear Mrs. Bird”